Bordeaux have halted their January ambitions to sign Crystal Palace striker Christian Benteke on loan due to the cost of the deal.

The Belgian striker has found goals hard to come by of late, and the Eagles are reported to be happy to let him leave on loan in a bid to find some form.

Aston Villa have been linked, while Bordeaux were also keen, but L’Equipe report that the Ligue 1 side have now pulled out of the race.

Bordeaux went as far as contacting Palace regarding the deal, according to reports, but were swiftly put off by the demands.

The French side are now said to be looking at Benfica’s Yony Gonzalez instead, while Benteke continues to assess his January options. 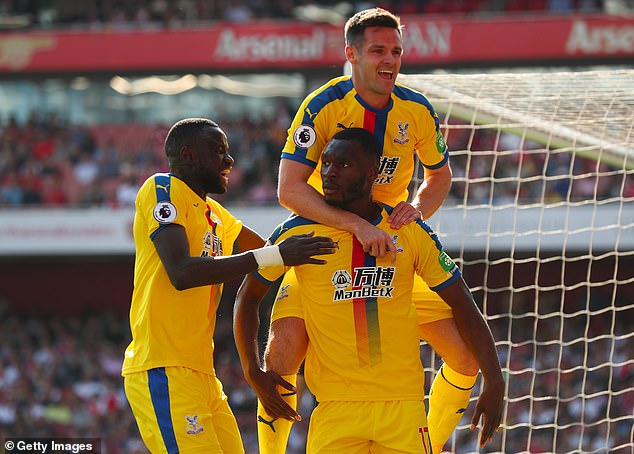 Benteke (bottom) celebrates after scoring his last goal for Palace, back in April of last year

The 29-year-old is currently out injured with a muscle strain but is nearing a return to first-team action for the Eagles.

When he has been on the pitch, Benteke has failed to find the net in club football so far this season.

His last Palace goal came in April of last year against Arsenal, and before that April 2018 against Leicester.

Tweets by LiveSoccerTV
dailymail football sport Ligue 1 PSG Transfer News Atletico Madrid Edinson Cavani
Powered by DMCA4FREE.COM | Your Flexible and Save Hosting Service
© Copyright 2020, All Rights Reserved
We use cookies to ensure that we give you the best experience on our website. If you continue to use this site we will assume that you are happy with it.Ok