‘The players want him to be in charge for Euro 2020’: Defender Craig Cathcart hopes Michael O’Neill will stay on if Northern Ireland qualify

Northern Ireland defender Craig Cathcart wants Michael O’Neill to remain in charge of the Green and White Army into the summer if they manage to qualify for Euro 2020.

O’Neill was last week named as the new Stoke boss, winning his opening match 4-2 at Barnsley, but will remain in charge of Northern Ireland for the remainder of their European Championship qualifying campaign, whether it lasts for another week or until the play-offs in March.

They need an improbable six points from games against Holland in Belfast on Saturday and Germany in Frankfurt in Tuesday to stand any chance of automatic qualification, but they are currently on course for a play-off place.

Neither the Irish FA nor Stoke indicated what would happen regarding O’Neill’s position if Northern Ireland were to qualify, but the 50-year-old manager indicated at the weekend he could step aside either way due to the demands of both roles.

However, Cathcart would be keen for him to see the job through.

‘It’s between him and Stoke what he has decided but as players, we want him here for these games, in March and hopefully all the way to the Euro finals if we get there,’ the 30-year-old said.

Cathcart’s regard for O’Neill is based on more than just the results he has achieved with Northern Ireland – he also credits the manager with improving his game. 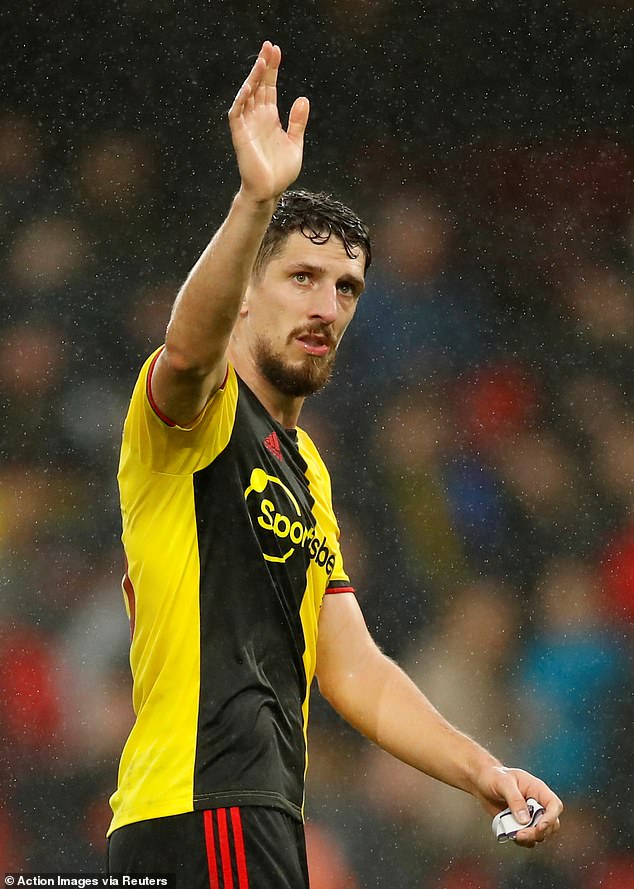 ‘When Michael first came into the squad I wasn’t starting here, there were good players in my position and it was difficult to get in but I never felt like I didn’t want to be involved and learn more,’ said Cathcart, who made his international debut in 2010 but has won the bulk of his 46 caps under O’Neill.

‘Michael gave me a lot of confidence even when I wasn’t in the Premier League.

‘When I was at Blackpool I was in the team and he told me he wanted me to play and I learned a lot of things off him from the tactical side. He’s been a big manager for me and I’ve learned a lot from him.’

O’Neill must now translate what has worked so well for Northern Ireland into club football.

But given his previous success with Shamrock Rovers, who won two league titles and became the first League of Ireland side to play in the group stages of the Europa League under O’Neill, few would bet against him.

‘The training is geared towards the matches and I think that’s shown in the results we’ve had. We’ve surprised a lot of people over the years with how we’ve gone.

‘He knows when to pull a lad to the side to have a little chat with them and stuff like that.

‘I think all round he’s a great manager and he’ll a big miss to us.’