Eden Hazard is closing in on a return to first-team duty for Real Madrid after taking part in training on Thursday.

The Belgian has been on the sidelines since injury his ankle against PSG in the Champions League back in November.

He was pictured doing exercises with a ball at his feet at Real’s Valdebebas training base.

Zinedine Zidane’s squad were beginning their preparations for Sunday’s trip to Real Valladolid.

However, Hazard is unlikely to be risked at this early stage of his return to training.

He has scored just once in 13 appearances since his £150million arrival from Chelsea last summer. 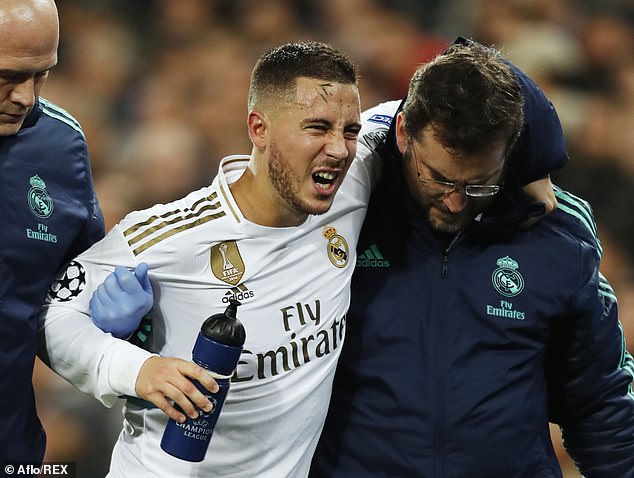