Former Manchester United striker Javier Hernandez will hold talks with LA Galaxy over a possible move, according to reports.

The Sevilla forward is expected to meet with a representative of Galaxy on Monday to discuss an offer that they are hoping will convince the Mexico international to move.

While it is reported that Hernandez is happy in Seville and has a good relationship with manager Julen Lopetegui, he is thought to want to play more. 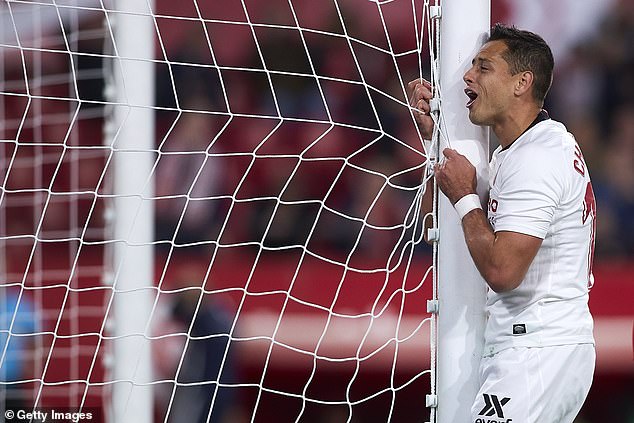 And according to Spanish outlet Marca, that could lead to him looking to move elsewhere.

Hernandez has previously admitted that playing in MLS would be something that appeals to him in the future.

Galaxy would also have to come to an agreement with Sevilla, who paid around £6.5million to sign him from West Ham in September last year. 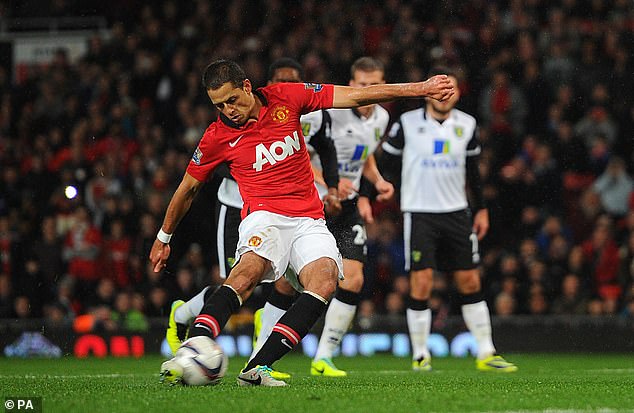 Hernandez, pictured playing for United, has made just 14 appearances since moving to Sevilla

Hernandez has struggled to break into the first-team at Sevilla since moving there at the end of the last transfer window and has made just 14 appearances in all competitions.

He has played 782 minutes in that time, and has only been involved in nine games in LaLiga this campaign.

The 31-year-old has hit three goals for Lopetegui’s team, including one in LaLiga and two in the Europa League.