Gedson Fernandes due in London for Tottenham medical

Benfica midfielder Gedson Fernandes is expected in London on Monday ahead of his medical with Tottenham.

The Portugal international will join on an 18-month loan with an option to make the deal permanent.

Tottenham made their move last Thursday after Fernandes’ representatives had held talks with West Ham and Everton. 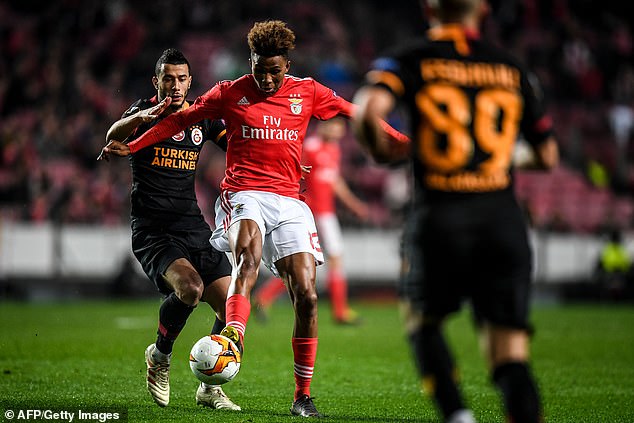 The 20-year-old has a huge release clause of £102million, but will instead be going out on loan for now.

Fernandes has barely featured for the club of late, and many believe he has fallen out with head coach Bruno Lage.

David Moyes had previously admitted that West Ham were hoping to complete the deal. 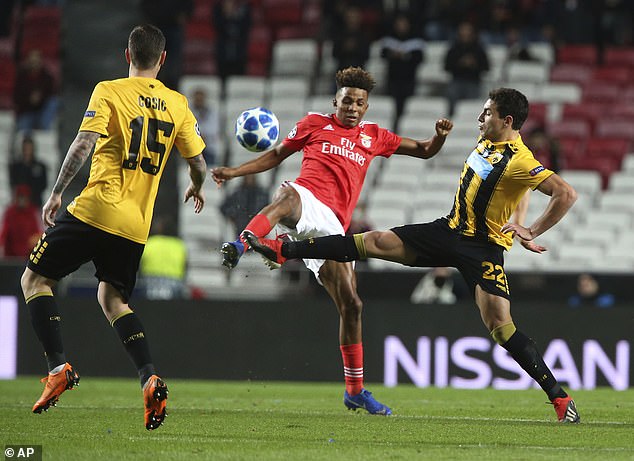 He said: ‘We won’t be bringing in a bundle of players. Gedson Fernandes is one we’re talking about.

‘I couldn’t tell you since I have come straight from training to the press conference.

‘More importantly, he’s a young player for the future and he has a good pedigree.’

Chelsea and Manchester United had also reportedly joined the race to snap up the highly-rated starlet.