Ashley Young has taken little time to settle in to Inter Milan life after dazzling the San Siro with his trademark pinpoint crossing on his debut.

The former England star swapped Manchester United for Italy this month, and was thrust straight into the action by new manager Antonio Conte.

Featuring as a wide wing-back in Conte’s customary attacking back five line-up, Young whipped in a sublime ball from the right wing on the half-hour mark, for talisman Lautaro Martinez to connect with and power home a header. 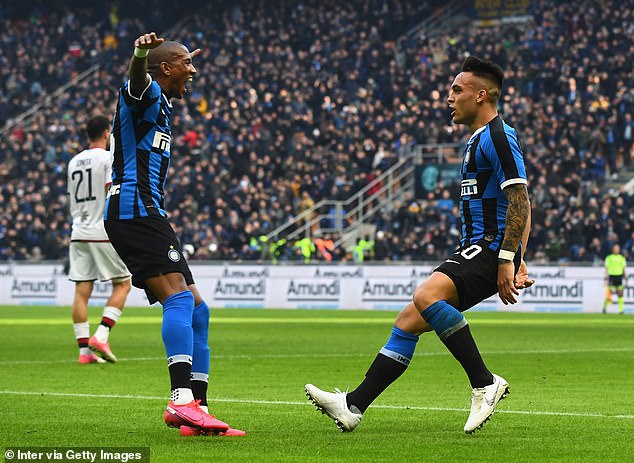 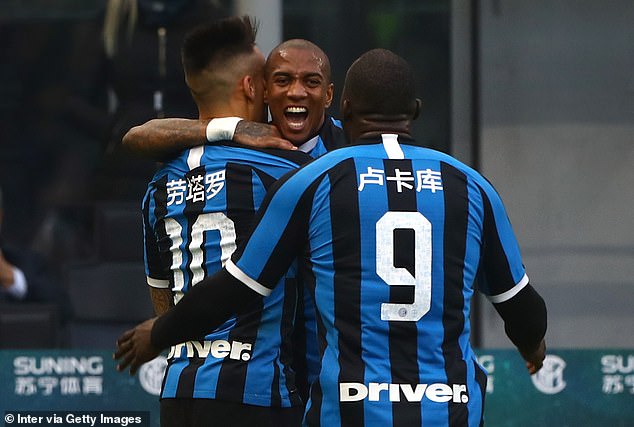 Cagliari players protested furiously as soon as the ball rippled the back of the netting. Defenders claimed the Argentine forward had pushed his marker in order to reach Young’s fizzing cross.

There was a two-minute delay before VAR officials confirmed the goal and the famous stadium erupted into a cacophony of noise.

The woes of Old Trafford appeared to be a lifetime away for Young, who was pulled into a tight hug by Martinez and jumped upon by former United team-mate Romelu Lukaku. 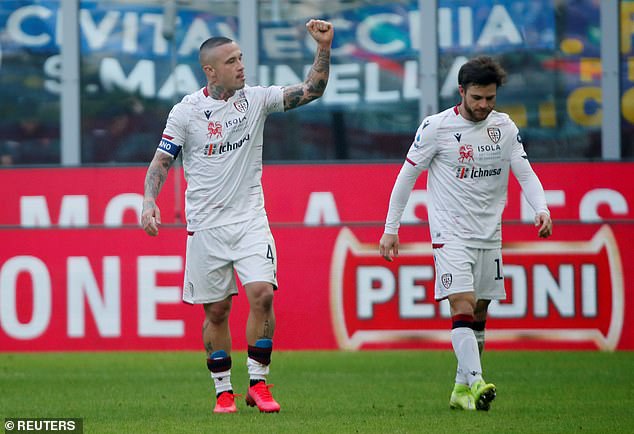 Inter were flying, and looked set to close the gap on title rivals Juventus, who resume action later on Sunday evening against Gennaro Gattuso’s Napoli.

But things were to take a turn for the worst.

Radja Nainggolan, a player Inter had loaned to Cagliari for the season, scored a second-half equaliser for the Sardinian side to blow the game wide open.

The Belgian, who was told by Inter boss Conte that there was no place for him this season, drove in a low shot from outside the area which took a deflection off a defender to stun the San Siro in the 78th minute.

Things went from bad to worse for Inter, who found themselves scrambling in desperation to find a late winner. 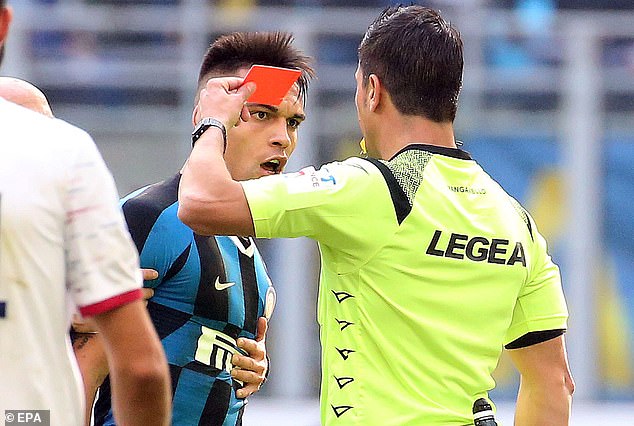 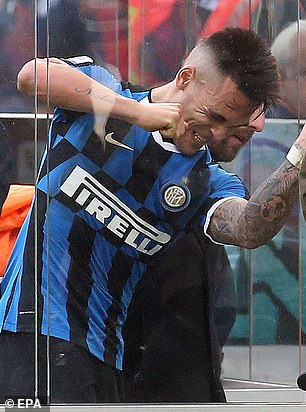 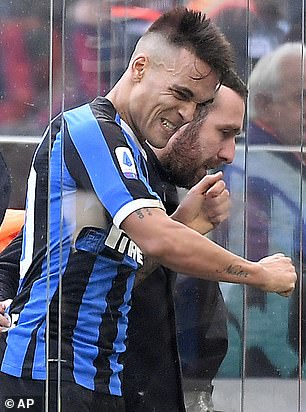 Goalscorer and key man Martinez was sent off in stoppage time for his furious reaction after being given a yellow card for a foul.

His continued verbal fury saw a second yellow instantly produced, and team-mates had to haul away the incensed star as he continued to remonstrate with the referee.

Taking to the dug-out, Martinez then unleashed his pent-up anger by throwing a punch at the plastic screening on the substitute’s bench.

Inter have 48 points from 21 games, three behind leaders Juventus who can extend their lead to six with victory over Napoli. Inter remain three ahead of third-placed Lazio who meet Roma in the local derby.