Napoli 0-2 Fiorentina: Gennaro Gattuso’s wait for a home league win goes on as he admits hosts were ‘unwatchable’ on night when Federico Chiesa starred to maintain visitors’ unbeaten streak

Fiorentina moved above Napoli in Serie A and consigned coach Gennaro Gattuso to a fourth defeat in five games with a 2-0 victory at Stadio San Paolo on Saturday.

Goals from Federico Chiesa and substitute Dusan Vlahovic either side of half-time gave the visitors a third consecutive win in all competitions.

Fiorentina coach Giuseppe Iachini is unbeaten since taking over in December. He earned a draw at Bologna on his debut before leading his side to three wins in the space of a week by beating SPAL in the league and knocking Atalanta out of the Coppa Italia before the victory in Naples.

Napoli’s problems have continued after the winter break, falling to another loss on Saturday 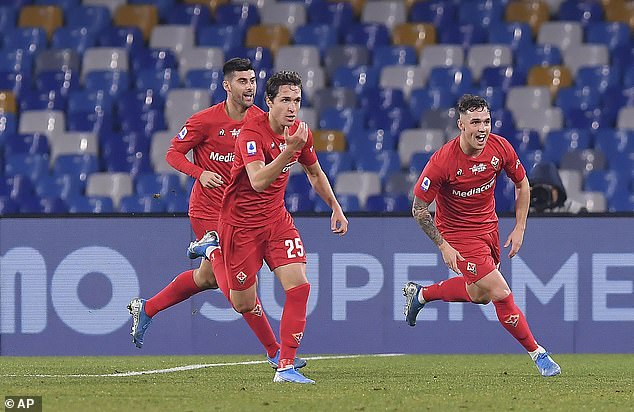 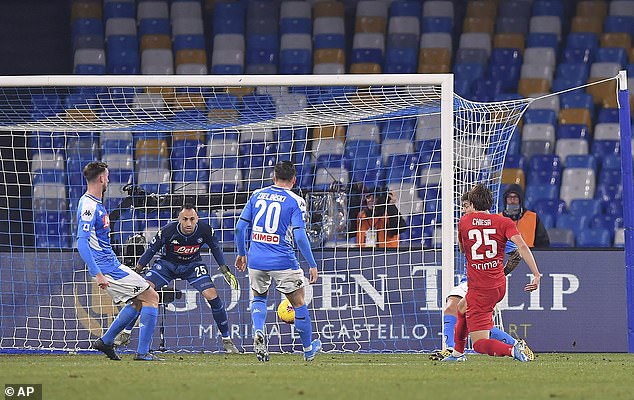 ‘As soon as Iachini arrived, we talked and immediately understood what we wanted to do,’ goalscorer Chiesa told DAZN.

‘Fiorentina were not in a good situation before the winter break, so we needed to turn things around and we’re all very united now.’

The result lifts Fiorentina up to 12th place on 24 points, level with Napoli but above them on head-to-head record, while continuing Gattuso’s wretched start since replacing Carlo Ancelotti as coach last month.

The home crowd loudly booed their team off at full-time as Napoli fell to a third consecutive league defeat for the first time since April 2012. 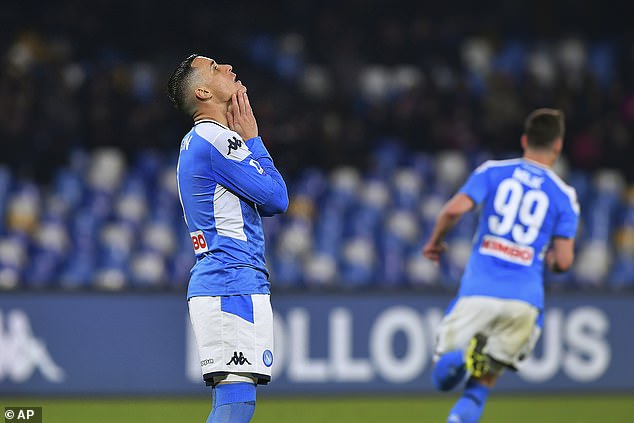 The Naples side’s woes have no subsided, sinking them further and further behind Juventus

‘We must apologise to the fans and the whole city, because the performance was embarrassing,’ Gattuso told DAZN.

‘In the last few games we’ve had decent performances, but today other than the first 20-25 minutes, we were unwatchable.

‘We can’t look for excuses, we have hit rock bottom here and need to find out what is happening.

‘It looks as if we just met this morning, put the jerseys on and went on to the pitch. There is no organisation or unity, we were all at sea.’

Fiorentina went in front after 26 minutes when Chiesa finished off a well-worked team move by stabbing home a finish from 12 yards. 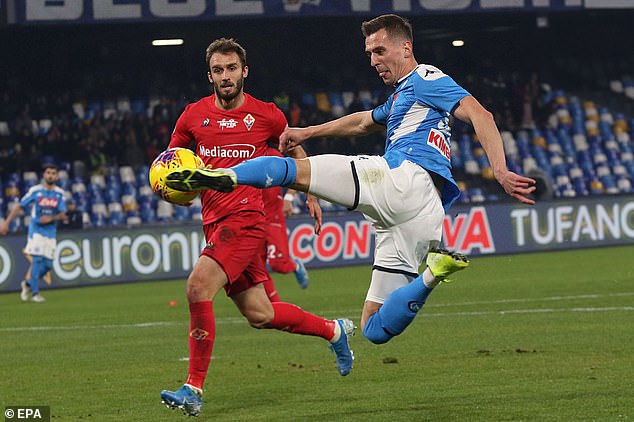 Napoli sit on half of Juventus’ points, with the league leaders even having a game in hand

The visitors came close to doubling their advantage just five minutes later when David Ospina clawed a Gaetano Castrovilli header from under the bar, before Patrick Cutrone hammered a shot past the goalkeeper only to be ruled offside.

Napoli mustered a response with good chances either side of half-time, as Jose Callejon sent a free header wide from inside the area before Lorenzo Insigne’s long-range effort clipped the outside of the post.

But substitute Vlahovic provided the killer blow in the 74th minute, cutting inside the box to curl a superb left-footed finish into the far corner beyond the diving Ospina.