Paris Saint Germain’s defensive shortcomings were exposed as Monaco snapped the champions’ Ligue 1 winning streak in a thrilling 3-3 draw at the Parc des Princes on Sunday.

Neymar opened the scoring for the leaders, but Monaco, who were playing their first Ligue 1 game under new coach Robert Moreno, hit back with goals from Gelson Martins and Wissam Ben Yedder.

PSG levelled with an own goal from Fode Ballo-Toure and Neymar netted his second to put them ahead, before substitute Islam Slimani grabbed a point for the visitors. 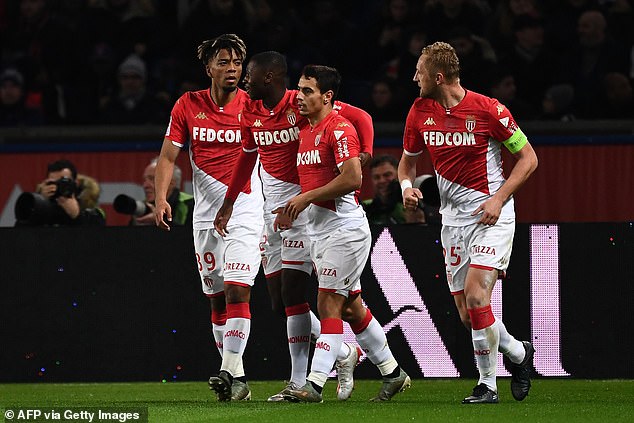 The result left PSG on 46 points from 19 games, five ahead of second-placed Olympique de Marseille, who have played a game more. Monaco are eighth on 29 points having also played 19 games.

PSG, who had won their six previous league games, and Monaco will play again at the Louis II stadium on Wednesday.

Nantes climbed up to fourth on 32 points thanks to a 2-0 win at St Etienne.

Thomas Tuchel’s PSG side relied on Neymar’s sterling display but Kylian Mbappe, Mauro Icardi and Angel Di Maria had a night to forget as did the hosts’ defence.

Neymar fired home from close range after being set up by Marco Verratti’s through-ball in the third minute to get the hosts off to a perfect start.

The Brazilian has now scored in his last seven games for PSG. 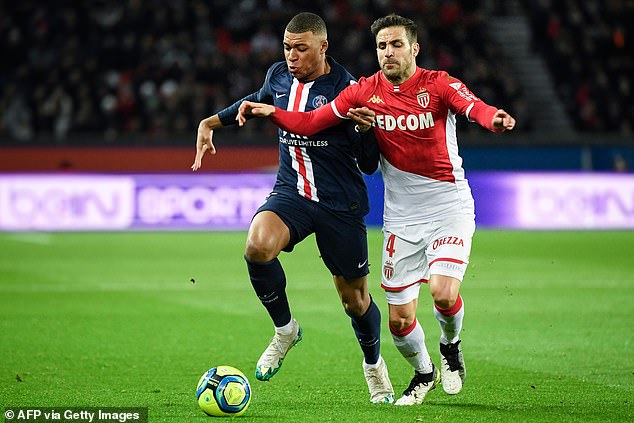 Cesc Fabregas flicked the ball into the path of Ben Yedder, who was brought down by Keylor Navas, only for Martins to collect the loose ball and score into an empty net after seven minutes.

Monaco took the lead in the 12th when the league’s top scorer Ben Yedder beat Navas with a low angled shot from just inside the box at the end of a swift team move for his 14th goal of the campaign.

It was the first time since 2012 that PSG had conceded two goals in the opening 15 minutes in Ligue 1.

They levelled 12 minutes later, however, as Ballo-Toure deflected Neymar’s attempt into his own goal.

Neymar was at it again four minutes before the break when he sent Benjamin Lecomte the wrong way to convert a penalty after Kylian Mbappe had been tripped by Martins.

PSG took fewer risks after the break but Slimani beat Navas from close range in the 70th minute after Marquinhos deflected Martins’ attempt into his path. 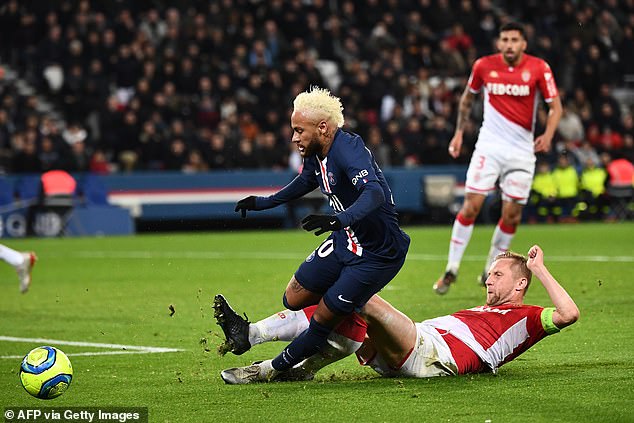 The goal was initially ruled out for offside by referee Antony Gautier, but was awarded after a VAR review.

‘We had a lot of chances, we tried everything,’ said Neymar.

‘It was a good test and we could have won it.’

Elsewhere, Lille coach Christophe Galtier was fuming at his team after they lost 1-0 at Dijon and were left in fifth place on 31 points.

‘We’re talking about collective goals but some players seem to have individual goals. They’ll sit on the bench, period. They’ll look at their own navel on the bench or in the stands,’ he told a news conference.