‘There were some insults from the crowd… I had to respond’: PSG star Kylian Mbappe reveals why he celebrated his second goal – and not the first – against former club Monaco in 4-1 rout

By Joe Strange for MailOnline

Kylian Mbappe has claimed that the abuse he received on his return to Monaco forced him to celebrate his second goal on Wednesday night.

PSG put four past their opponents at the Louis II Stadium, with the in-form striker getting on the scoresheet twice against his old club in a convincing 4-1 victory.

But having respectfully decided not to gloat after breaking the deadlock in the 24th minute, Mbappe reacted to his injury-time goal by leaping into the air and pulling off his trademark arms-folded celebration in front of the home fans. 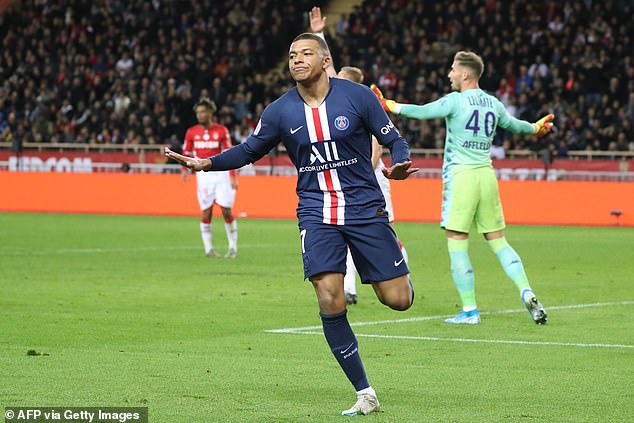 Asked why he hadn’t celebrated his first goal against Monaco, the club he left on loan for PSG in 2017 before signing permanently for £166million, Mbappe told Canal+: ‘No, I must show respect. This is where I was first discovered, I experienced my first great moments here, so I must show respect.’

However, when pushed on why he had opted to make the most of his second strike of the night, Mbappe insisted he had been disrespected by the fans who used to adore him.

‘There were some insults from the crowd, I had to respond but it was playful,’ he insisted, after helping PSG extend their lead at the top of the table to eight points. 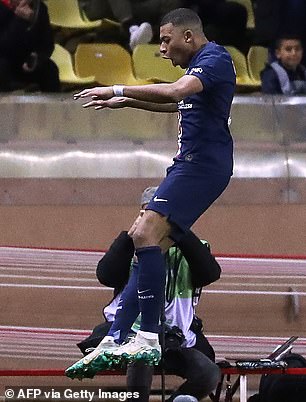 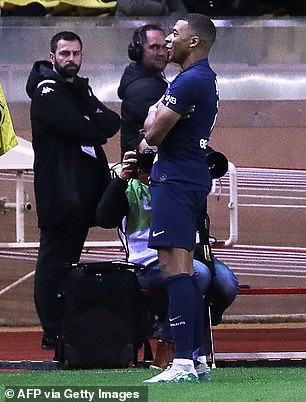 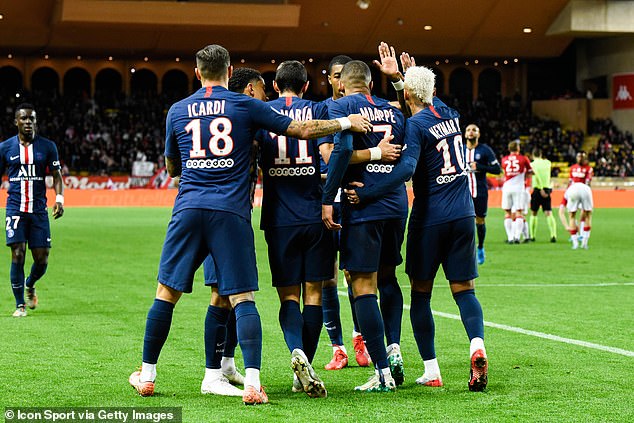 The France international also had his say on the club’s ‘Fantastic Four’, in which he stars alongside Neymar, Mauro Icardi and Angel di Maria.

Thomas Tuchel started the quartet in Wednesday night’s win, but Mbappe believes there has been too much emphasis put on them recently.

He said: ‘I think above all that we are talking a bit too much about us playing with four attackers.

‘We know that we have very good players, but this whole ‘Fantastic Four’ thing, all that, it is not our thing.

‘We want to help the team to win, we want to win trophies and we leave superlatives used to describe us to someone else.’