In setting up the goal that completed Ireland’s comeback, teenage debutant Troy Parrott gave Mick McCarthy something to think about ahead of Monday’s Euro 2020 shootout with Denmark.

The 17-year-old has only 66 minutes of EFL Cup action to his name at Spurs but McCarthy, in his perennial quest for goals, chose to take a closer look at the burly striker during this friendly.

And the manner in which Parrott wrestled the ball from his marker before teeing up scorer Sean Maguire early in the second half was evidence enough of him being ready to mix it on the senior stage.

Ireland now face Denmark on Monday knowing that only victory will send them to next summer’s finals.

Parrott is likely to revert to the bench but, after becoming Ireland’s third youngest-ever debutant, there is every chance McCarthy will use him at some stage.

‘Of course I want to be involved, that’s the dream,’ said the Dubliner. ‘I felt I did well, but just to be out there in my hometown is the best feeling ever.’

McCarthy said: ‘Troy didn’t set the world on fire but what he did I was pleased with. You can tell he can handle himself, I don’t doubt that.’

The Dubliner’s first 45 minutes here, however, were memorable only for a spat with West Ham’s Winston Reid, who eyeballed and shoved the rookie after feeling the full force of his boot on his calf. Indeed, it was Parrott’s cleanest connection of the half and the incident perhaps told of his frustration as an isolated frontman. 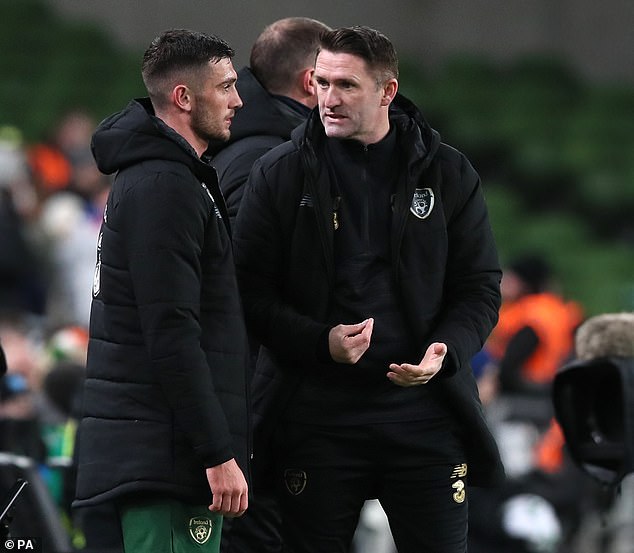 Ireland, with diminutive ball-players Josh Cullen and Jack Byrne in midfield, played some pretty enough stuff, but chances, as ever, were as sparse as the Aviva crowd.

New Zealand took the lead on the half hour when Callum McCowatt turned in from Liberato Cacace’s centre but at least that sparked a response from the hosts, who duly levelled when Blackburn defender Derrick Williams rose to head home from a Robbie Brady corner.

And the turnaround was complete when Parrott won possession and rolled into the path of Preston forward Maguire who fired into the top corner from 20 yards for his first international goal. Sheffield United’s Callum Robinson then opened his Ireland account with a late header.

Robinson and Maguire, like Parrott, could yet have a say in Ireland’s Euros fate. 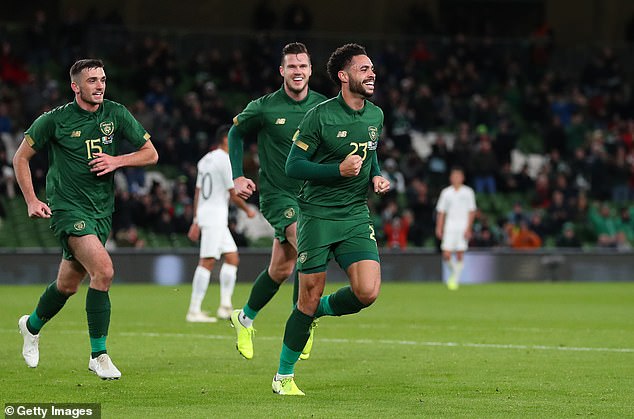