‘Do I feel lucky to have survived? Definitely.’: Wales star Kieffer Moore opens up on his fractured skull horror ahead of Azerbaijan clash

Wales’ new hero Kieffer Moore has opened up on the horrifying ordeal that nearly cost him his career and placed his life in danger.

The Wigan forward is expected to lead the line for Ryan Giggs’ side in the Euro 2020 qualifier against Azerbaijan on Saturday, with Wales needing to win in Baku and at home to Hungary three days later.

Moore is establishing himself quickly at this level after scoring in the 1-1 draw in Slovakia last month, on only his third appearance at this level.

Yet whatever the challenges of international football, Moore will back himself to overcome them after sustaining a fractured skull while playing for Barnsley at Gillingham on February 9 – which he says was comparable to the one that forced Ryan Mason into retirement when he was injured playing for Hull against Chelsea in January 2017.

‘It was a horrendous injury,’ he recalled. ‘At the time I didn’t remember much. As the weeks went on I started remembering it all again.

‘I went up for a header and the defender has headed the side of my head. I fractured my temporal bone and had a really nasty concussion. I missed two months of football. 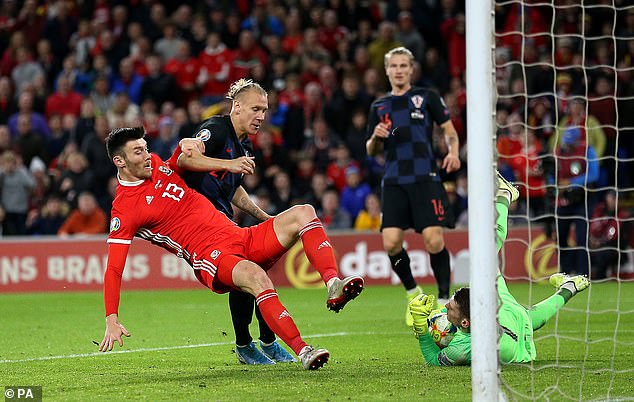 ‘I wasn’t in a good way. My agent was there at the time and he was ringing my mum and girlfriend and they weren’t best pleased. I had blood streaming out of my ears.

‘Do I feel lucky to have survived? Definitely. It has put a lot of things into perspective for me and how l live my life and what I want from my career. I believe it has opened up a lot of avenues for me. I want to do what I think is best for me.

‘It was very similar to Ryan Mason’s. I think his injury was more extreme than mine but that is all it takes, that split second where you think you have won the ball and then the next minute you are rushed off to hospital.

‘I didn’t have to have an operation. I had a CT scan and multiple other scans and they determined the outcome. When I spoke to the doctors, there were talks about retirement. But I made a very good recovery and now I’m here.’ 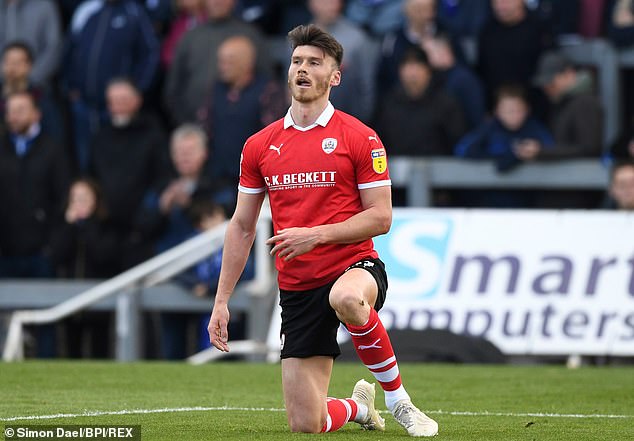 Moore has been introduced as Giggs has opted for a more direct style, and he was effective against both Slovakia and Croatia, which also ended in a 1-1 draw.

Even though he has not played for Real Madrid since early October, Gareth Bale has trained with Wales this week and is expected to be declared fit, while Aaron Ramsey is set to play his first international since the meeting with Albania a year ago.

Moore added: ‘We have some incredible attacking players and from a selfish point of view I know I’m going to get good service and I just need to keep getting in the right positions to take full advantage of it.’