Pressure has grown even more on Valverde following Barcelona’s last-gasp defeat to Atletico Madrid in the Spanish Super Cup, with reports recently claiming Xavi could be set to take over at the Nou Camp.

But according to Spanish radio station RAC 1, Xavi believes it is not the time to take over at Barcelona as he would prefer to start a project at the beginning of a new season.

However, Xavi – who won an incredible 25 trophies during his 17-year spell with the Spanish giants – has not ruled out becoming manager in the summer.

Barcelona have reportedly been informed by the current Al Sadd manager of his decision, and they are currently weighing up what move to take next.

The report also claims that Valverde – who has been manager of the club since 2017 – remains calm and has no plans to step down. 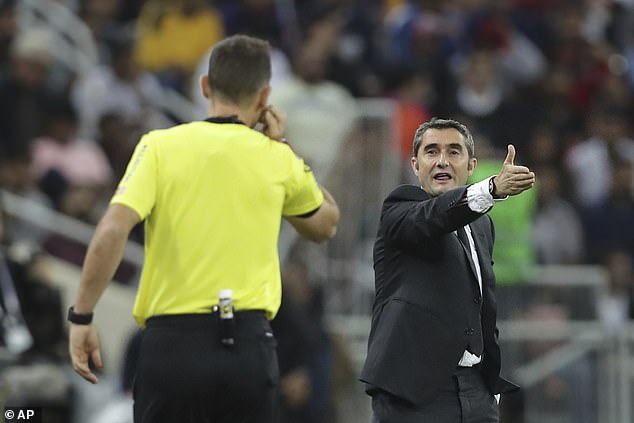 The news regarding Xavi comes after he confirmed he held talks with his former club, but did not disclose what was discussed during the meeting.

‘I cannot say anything, they were here to talk to me and we discussed many things. Sorry I cannot give any more information,’ Xavi told a news conference on Saturday after his Al Sadd side beat Al Rayyan to reach the Prince’s Cup final.

‘I cannot hide it’s my dream to coach Barcelona, I’ve said it many times in many interviews, everyone knows I support Barcelona from the bottom of my heart.

‘But I’m doing my job here, I’m doing my best. I was focused on the semi-final and now I’m focusing on the final.’ 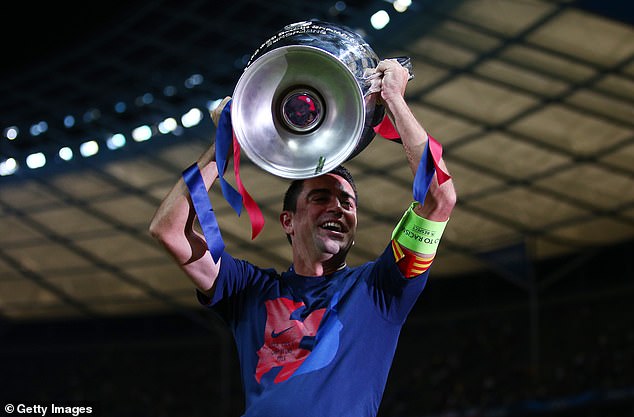