Ajax defender Daley Blind has made a surprise return to training just two months after being diagnosed with a heart condition.

Blind was sent for tests after complaining of dizziness during his side’s Champions League clash with Valencia in December.

He was subsequently diagnosed with cardiomyopathy or heart muscle inflammation, and had a device fitted to constantly monitor the rhythm of his heart. 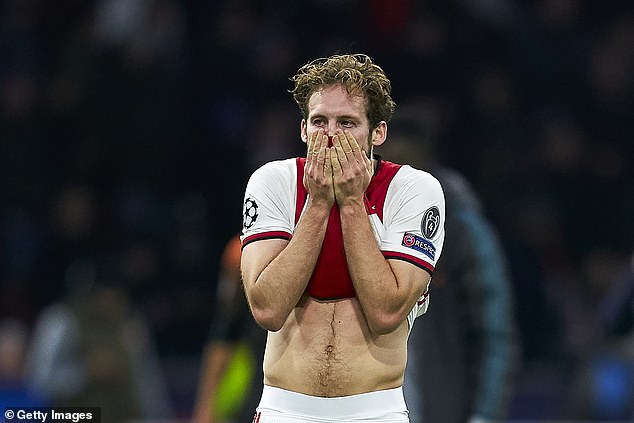 Blind was diagnosed with cardiomyopathy, which is inflammation of the heart muscle 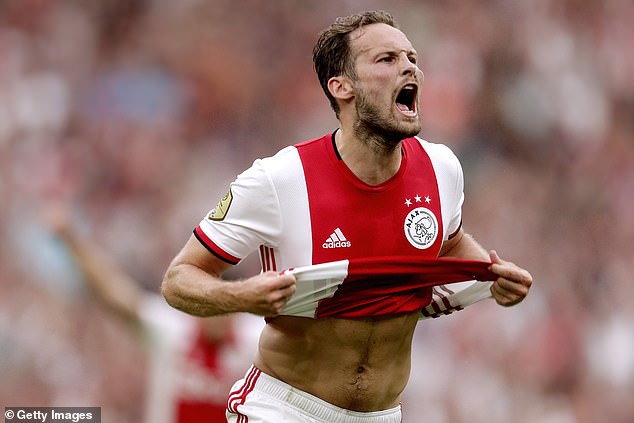 It was thought Blind would miss the rest of the season as well as Holland’s Euro 2020 campaign but he is now set to make a swift return to first team action.

The 29-year-old has even been included in Ajax’s squad for their Eredivisie clash with Utrecht this weekend but is likely to be named on the bench.

His return is a boost for the Amsterdam club as they bid to reverse a worrying period of form that has seen the club lose three of their last six games. 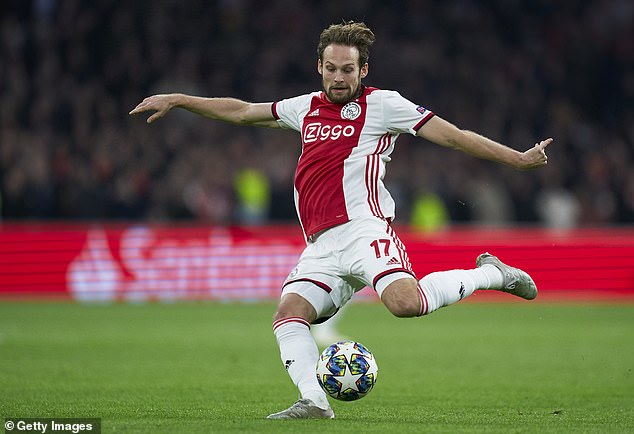 Despite that poor run, the club are three points clear at the top of the Dutch top flight, with AZ Alkmaar hot on their heels in second place.

Blind is in his second season back at Ajax after returning to the club for a second spell in July 2018 following four seasons with Manchester United.

The Holland international has made 26 appearances in all competitions this term, scoring one goal.