‘Playing like that… I am sure success will follow’: Barcelona board give their backing to Quique Setien just SIX games into his time as manager following shock Copa del Rey exit

Quique Setien has been backed to be a success at Barcelona despite a rocky run of results since taking over from Ernesto Valverde.

Club president Josep Maria Bartomeu believes that recent results have not reflected the style of play Setien is promoting and that ‘success will follow’ if the squad continue to perform as they are.

His comments come on the back of Barcelona’s shock exit in the Copa del Rey to Athletic Bilbao.

‘I want to congratulate the players for how they played. They showed ambition and motivation,’ Bartomeu told BarcaTV.

‘Athletic had one shot on goal at the end and won the game. We deserved to go through, but it wasn’t possible. I reiterate that I liked the ambition shown by the team on the pitch, because it’s a tough place to come and the home fans are on top of you.

‘Now we have La Liga and the Champions League to focus on. Playing like that, I am sure success will follow.’ 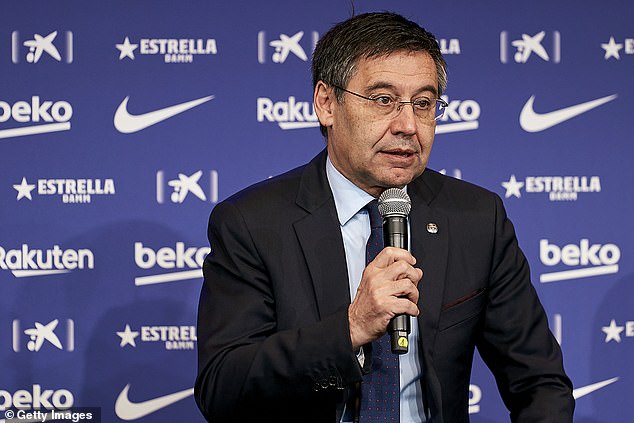 Setien has taken six matches since succeeding Valverde and has won four and lost two across all competitions.

But their surprise exit in the Copa del Rey, on the same night rivals Real Madrid bowed out, has increased the likelihood that they could finish the season without winning a single trophy.

He took over from Valverde with the side top of the league but a defeat to Valencia saw them slip up and hand the advantage to Real Madrid, who have since seized control in the title race. They are now three points adrift of Zinedine Zidane’s side.

The club has fallen into a crisis after star man Lionel Messi called out sporting director Eric Abidal on his social media following comments the club chief made about player power being behind the sacking of Valverde.

Messi did not take kindly to the comments and ESPN reported the Argentine held ‘clear-the-air’ talks with Bartomeu on Thursday, prior to their defeat to Athletic Bilbao. 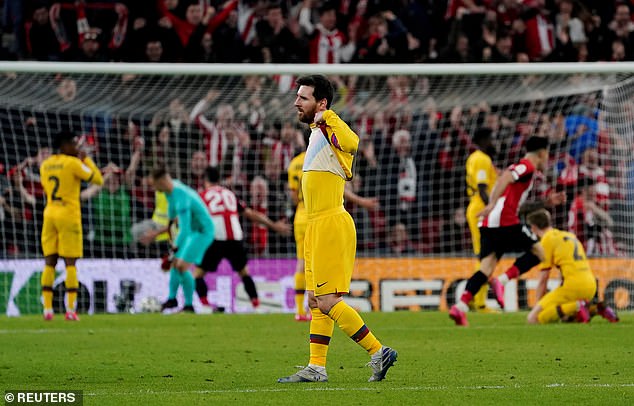