Bayern Munich sporting director Hasan Salihamidzic insists the club are not concerned by lack of contract talks… despite Thomas Muller, Manuel Neuer and THREE MORE players having just 18 months left on their deals

Bayern Munich sporting director Hasan Salihamidzic is in no rush to enter contract talks with star names whose deals are up next year.

First-team regulars such as Manuel Neuer, Thomas Muller, Javi Martinez, David Alaba and Thiago Alcantara all have contracts which run out in June 2021.

But Salihamidzic, speaking after Bayern progressed to the quarter-finals of the DFB-Pokal (German Cup) after a 4-3 victory against Hoffenheim on Wednesday, is not concerned by the current situation. 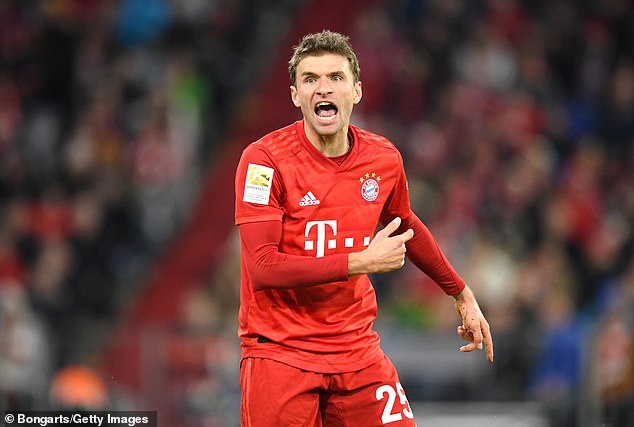 Thomas Muller, who has spent his whole career at Bayern, also has a deal until June 2021

‘We will certainly have talks, but in the next few weeks we will concentrate on the competitions,’ Salihamidzic said.

‘It’s important that we are totally focused on the games in the upcoming weeks. That’s where the focus lies.

‘We have had good experience with concentrating on the competitions first and that’s what we will do.

‘But like I said before, we will have talks, the players know about it and there are no problems.’ 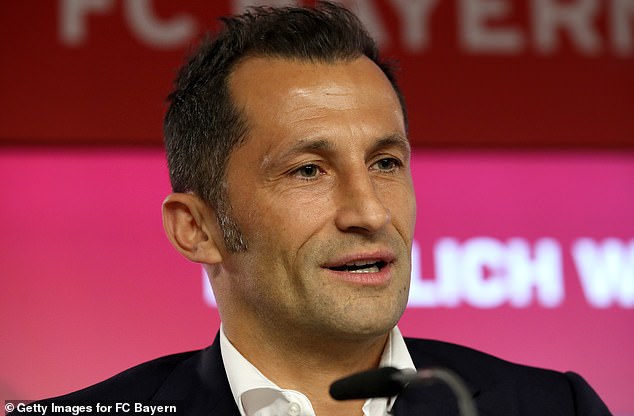 Despite the seemingly precarious contract situation, Hasan Salihamidzic is not worried 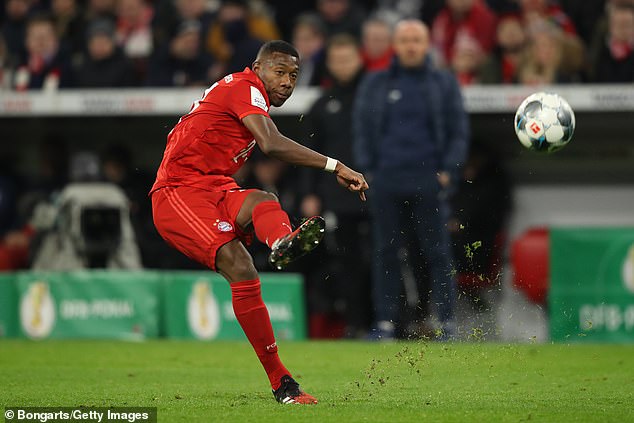 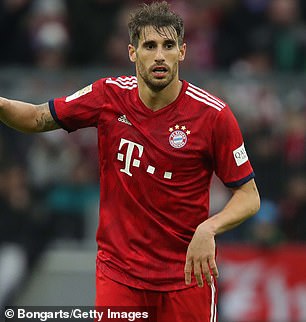 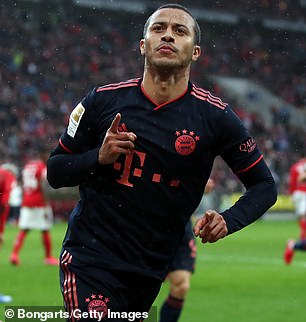 Muller, Alaba and Neuer have been at Bayern for 12, 10 and nine years respectively and their commitment to the club has rarely wavered amid a run of seven Bundesliga titles in a row.

Martinez has been at the club since moving from Athletic Bilbao in 2012, while Thiago joined a year later from Barcelona.

Bayern are currently top of the Bundesliga, a point ahead of Red Bull Leipzig after overtaking them at the weekend following a 3-1 victory against Mainz.