Borussia Dortmund captain Marco Reus has been ruled out for four weeks after sustaining a muscle injury against Werder Bremen on Tuesday.

The injury news comes as a huge blow to the Bundesliga outfit ahead of the return of the Champions League knockout stages, where they will face Paris Saint-Germain in the first-leg of their last-16 tie on February 18.

Dortmund confirmed the news on Wednesday afternoon after he suffered the injury during the frustrating 3-2 defeat to Werder Bremen in the German Cup.

The German star has made a total of 26 appearances for Dortmund so far this campaign, scoring 12 goals and creating six assists.

Reus has played an integral role for Dortmund in Bundesliga as they look to clinch the title in a race that is set to go down to the wire.

He will be a huge miss for Lucien Favre’s side, who currently sit just three points off Bayern Munich in top spot with 14 matches remaining. 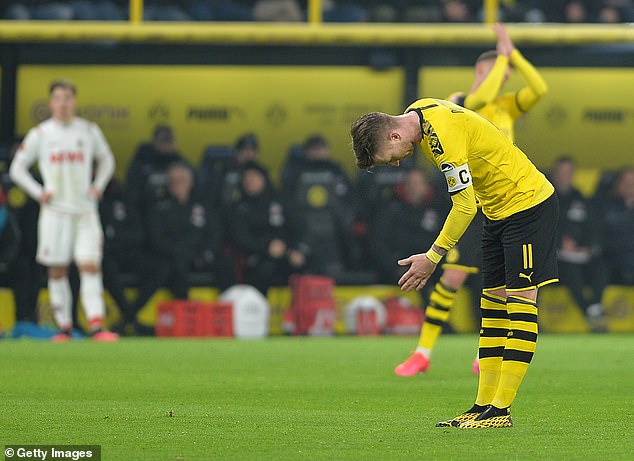