‘We have to try and compete for the top’: Carlo Ancelotti insists Everton can get into Europe after dramatic comeback victory at Watford

By Daniel Matthews For The Mail On Sunday

Carlo Ancelotti believes the Europa League is within reach for Everton after they came back from 2-0 down to secure a dramatic 3-2 win at Watford.

Theo Walcott scored a 90th-minute winner to dent Watford’s hopes of survival – and move Everton to within three points off fifth-place Sheffield United.

‘I think we have to try and compete for the top, to reach the Europa League for next season,’ Ancelotti said.

‘In this moment, things are going well,’ Ancelotti added. ‘We don’t have to be too happy or excited but it is an important fact that we were able to win this difficult game.’ 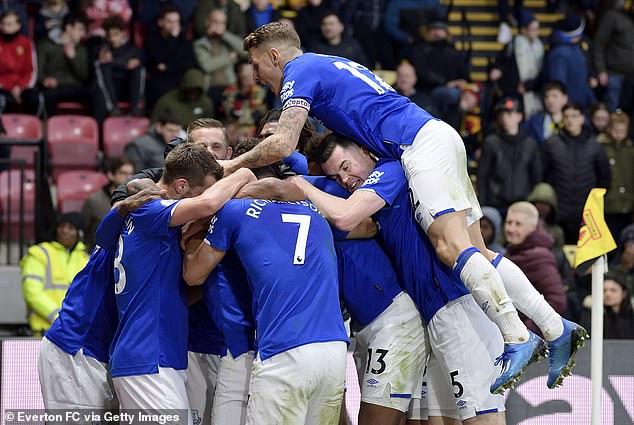 Tweets by LiveSoccerTV
Champions League Atletico Madrid football sport dailymail
Powered by DMCA4FREE.COM | Your Flexible and Save Hosting Service
© Copyright 2020, All Rights Reserved
We use cookies to ensure that we give you the best experience on our website. If you continue to use this site we will assume that you are happy with it.Ok