‘If it was a question of money, he would have gone to Chelsea or Man United’: Edinson Cavani’s agent reveals PSG striker wanted Atletico Madrid move… but LaLiga club president says they were ‘not here to be robbed’

Edinson Cavani’s agent has revealed that the Paris Saint-Germain striker only wanted to seal a move to Atletico Madrid last month and rejected moves to both Chelsea and Manchester United.

Atletico were unable to match PSG’s demands – a £17million (€20m) transfer fee – for the frontman, according to ESPN. He is out of contract at PSG in the summer so will be available for free then if he does not sign a new contract.

But while the Premier League clubs had no problem in stumping up the fee, the 32-year-old forward had no interest in joining them during the January transfer window.

‘The most important is what Edi did to leave,’ he said. ‘Do you think he went one month without playing so that I could capsize the whole thing over a commission and stop his dream from coming to fruition?

‘What about all the fuss we made with PSG? If it was a question of money, Edi would have gone to England – Chelsea or Manchester. 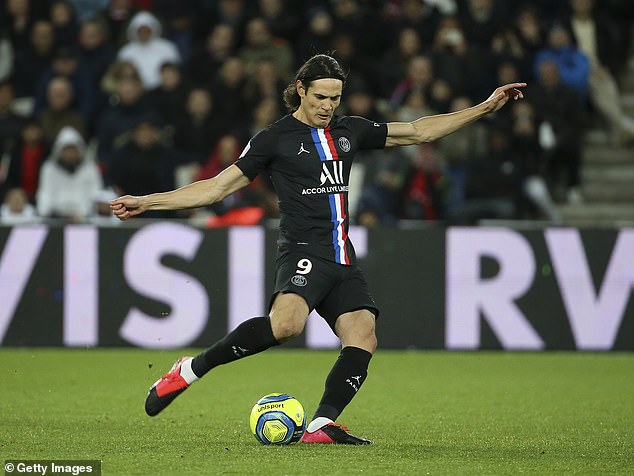 Atletico moved for the 32-year-old forward last month but did not meet his transfer value; Manchester United and Chelsea also submitted bids but he rejected a move to England

‘Atletico could not support the economic cost of the operation and PSG would not budge from their demands. Neither party could reach an agreement.’

Cavani, who is out of contract in June, has struggled for game time at the Parc des Princes this season but returned from injury in PSG’s 5-0 win over Montpellier on Saturday.

Atletico Madrid president Enrique Cerezo spoke out about their unsuccessful pursuit of Cavani following the club’s 1-0 defeat by rivals Real Madrid at the weekend.

‘I think it’s shameful the situation of some players with their agents and relatives,’ he said.

‘We’re not here to be robbed.’ 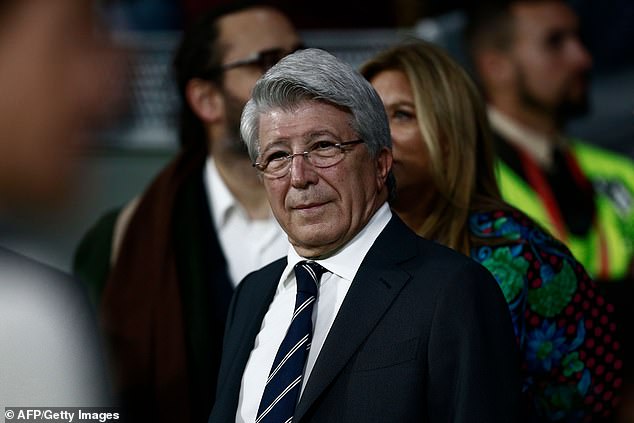