By Cian Cheesbrough For Mailonline

Chelsea’s forgotten man Olivier Giroud is unhappy with Inter Milan after seeing his January move to the Italian club fall through late in the transfer window.

The 33-year-old was desperate to leave the London club in the winter window in order to get some game time and boost his hopes of making the Euro 2020 squad for France in the summer.

A mover to Inter was reportedly agreed, but the Italian club ended their interest towards the end of the transfer window, opting instead for the signings of Ashley Young, Victor Moses and Christian Eriksen.

The Frenchman was first contacted about the move back in December and an agreement for the transfer was agreed, claim RMC Sport.

Chelsea were also keen for the move to happen but only if they themselves secured a new forward, and after moves for Edinson Cavani and Dries Mertens also failed to materlialise for the Blues, Giroud stayed put.

The French site quotes a source close to Giroud as saying: ‘Inter Milan’s attitude towards Olivier Giroud has been very disrespectful.

‘We’ve made a player who’s behaving in an exemplary fashion and who had given priority to Inter Milan.’

Chelsea were also happy to see the striker join another club if they were able to solve their striker issue and accepted a bid from London rivals Tottenham according to those conditions. 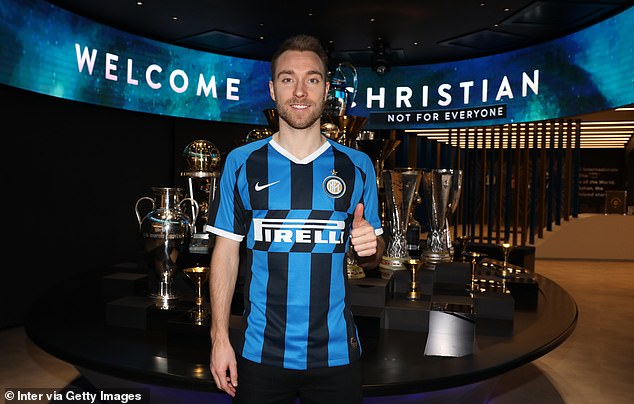 It is believed that after Antonio Conte’s side completed the £17million signing of Eriksen from Spurs, the club were unable to finance a move for Giroud as well so ended their interest towards the end of the window.

The former Arsenal man has fallen down behind Tammy Abraham and Michy Batshuayi  in the pecking order at Chelsea, making just seven appearances in all competitions.

Giroud has still been a key part of Didier Deschamps’ French side despite his lack of appearances in the last few years but it remains to be seen whether he can keep his place ahead of France’s other star names as Euro 2020 approaches. 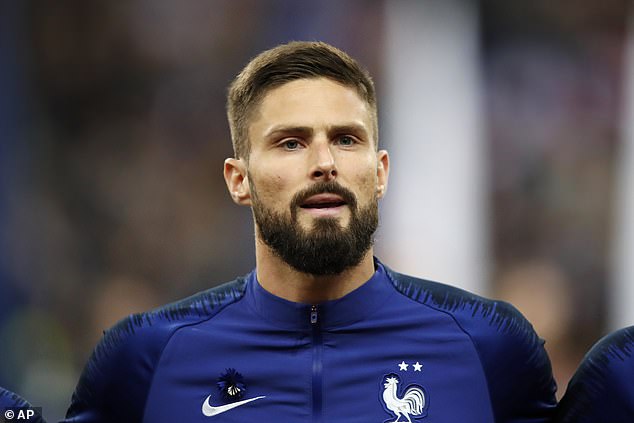