A brilliant double from Serge Gnabry helped a rampant Bayern Munich to an impressive 4-1 win at Cologne.

Bayern went into the game second in the Bundesliga after RB Leipzig’s victory over Werder Bremen yesterday but made a swift return to top spot.

Goals from Robert Lewandowski, Kingsley Coman and Serge Gnabry put Bayern 3-0 up after 12 minutes and Gnabry added a second in the second half to seal victory. 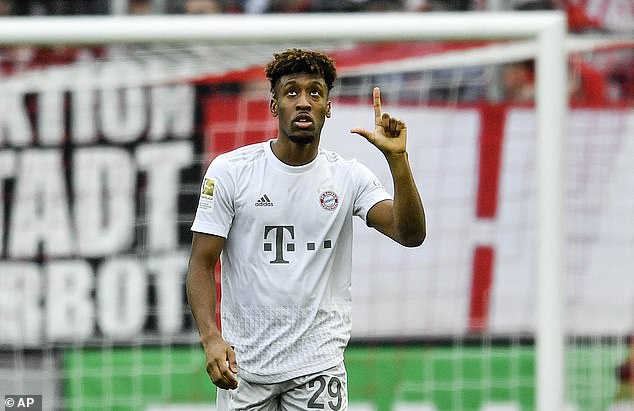 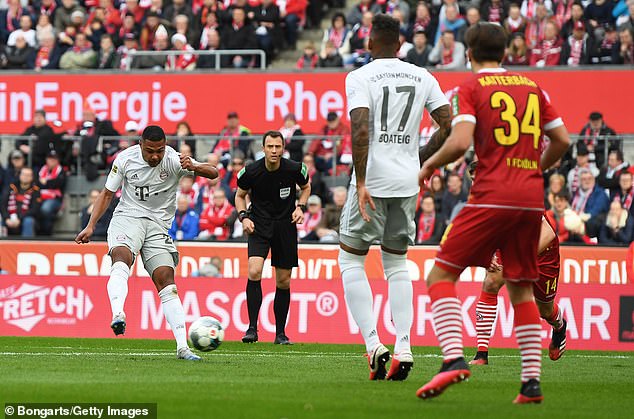 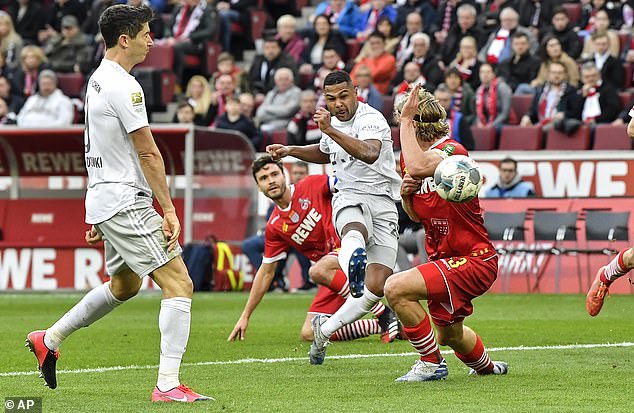 Cologne did pull a goal back through Mark Uth on 66 minutes but the result was never in doubt and it was a surprise the visitors didn’t win by more than three goals.

Bayern went into the game on the back of a 0-0 draw with Leipzig in their last league encounter and then dropped to second place after their title rivals beat Werder Bremen 3-0 on Saturday.

The pressure was on Bayern against a Cologne side who have won four of their last six games to put six points between them and the Bundesliga relegation zone.

But with all eyes on this contest, Bayern showed little in the way of nerves and seemed to thrive on the necessity to pick up three points as they made a flying start.

With just three minutes gone, Thomas Muller, Thiago Alcantara and Lewandowski exchanged passes, with the striker receiving the ball down the left hand side of the box before lashing home a wonderful finish into the top corner.

It was the perfect start and things soon got even better. Cologne’s back four couldn’t get to grips with Bayern’s slick passing and another fine move saw Muller pull the ball back for Coman inside the box and the winger rifled home to make it 2-0 on five minutes.

The home side had already been stunned into silence when Bayern scored a third with just 12 minutes on the clock. This time it was Gnabry who found the back of the net – his seventh goal in 19 Bundesliga games – with a drilled finish from the edge of the box.

A cricket score was on the cards but Cologne made it to half-time without falling further behind, though it was only a matter of time before Bayern extended their lead.

Just after the hour mark, Gnabry picked up the ball on the left hand side and cut inside before beating two players and curling into the top corner to make it 4-0 and add gloss to the scoreline.

Colgone did at least manage a consolation goal through Uth, who tapped in from close range, sparking a rare period of pressure from the hosts, but Bayern’s victory was never in doubt and they remain on course to retain their league title. 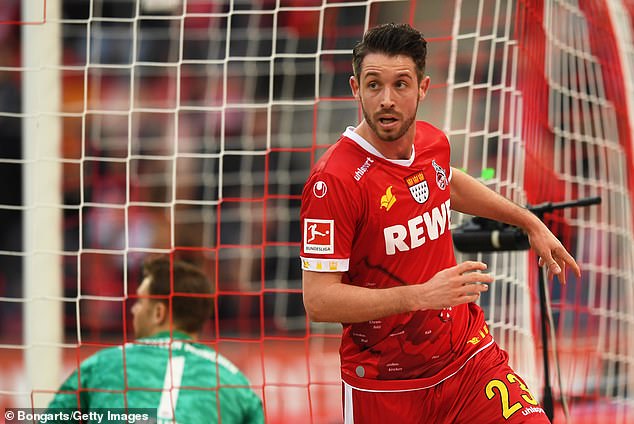