Dimitri Payet scored a contender for goal of the season in France on Wednesday after netting from a near impossible angle in Marseille’s win over St Etienne.

But it was former West Ham star Payet who stole the headlines with an exquisite finish for Marseille’s opening goal after seven minutes.

Scroll down for video

Payet controlled the ball on the wing before moving inside. Yann M’Vila attempted to track Payet’s run but the tricky midfielder sent him one way and then the other.

He made a dash for the byline and from there struck a crisp effort that beat Stephane Ruffier at the goalkeeper’s near post.

It was the 32-year-old’s seventh goal of the season for Marseille. 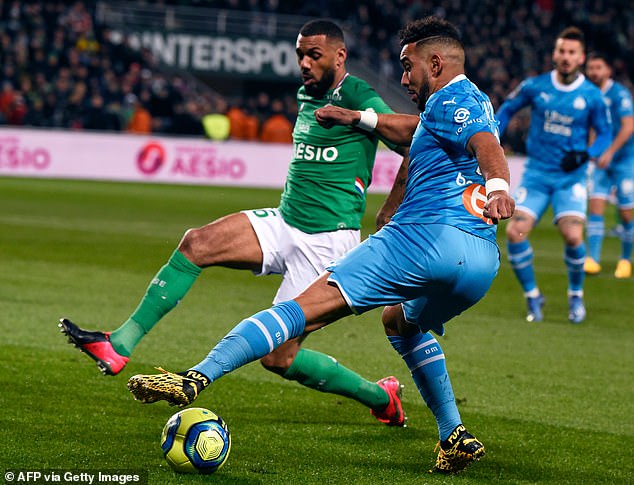 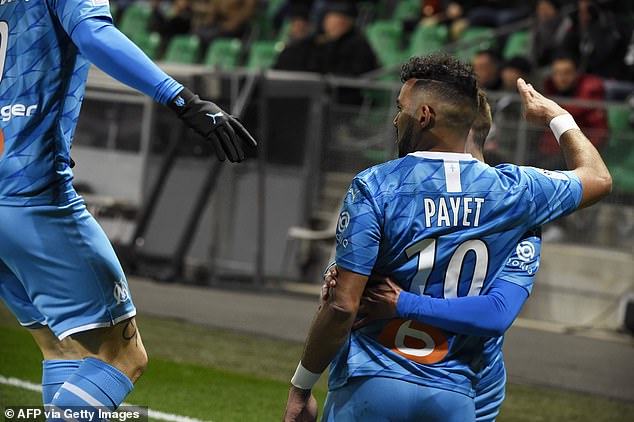 How has Dimitri Payet scored from there? 😱

Nemanja Radonjic put the result beyond doubt five minutes from full-time with a low angled shot. St Etienne are 15th on 28 points, 12 points behind Paris Saint-Germain.

Lyon’s hopes of securing a Champions League spot for next season were hit when they were held to a goalless draw at home by lowly Amiens.