Gelson Martins has been banned from football indefinitely by Ligue 1 after shoving a referee twice during Monaco’s 3-1 defeat by Nimes last week.

The winger was enraged after referee Mikael Lesage sent team-mate Tiemoue Bakayoko off for a stamp on Nimes’ Romain Philippoteaux.

The 24-year-old Martins responded by pushing Lesage, shoving him a second time as he was being shown the red card. 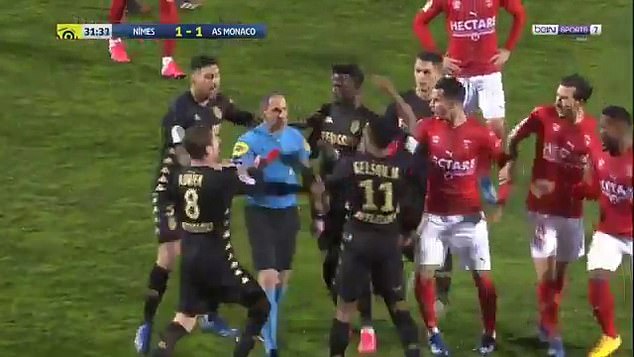 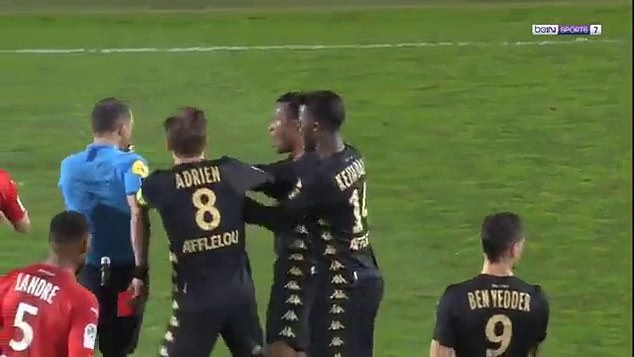 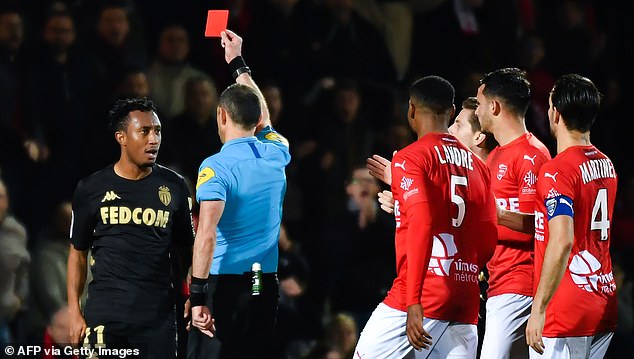 The minimum punishment Martins could get is an eight-game ban, but it could be more severe

The LFP disciplinary committee has now launched an investigation into the incident, with the Portuguese man set to await his punishment on the sidelines.

The minimum Martins is expected to face is an eight-game ban, but he could be ruled out for the rest of the season or up to six months.

Monaco were reduced to nine men just 31 minutes into the game, and conceded twice afterwards to lose 3-1 to the relegation scrappers. 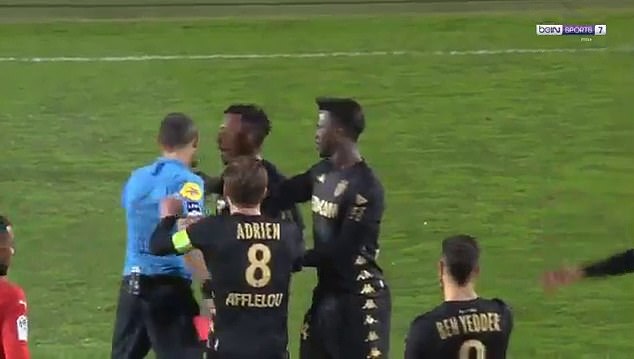 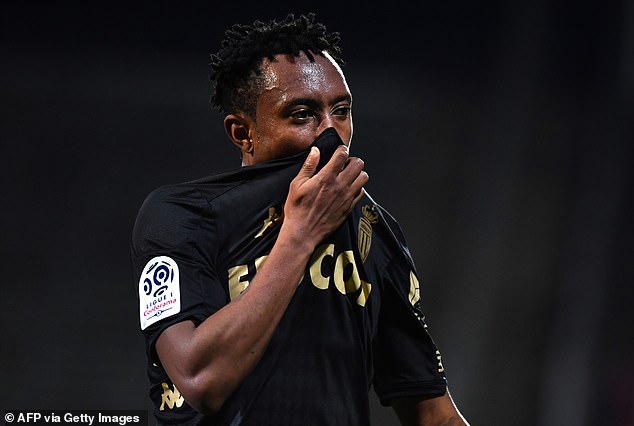 Monaco beat Angers in midweek after losing three league games in a row and are currently in 10th place in Ligue 1.

Martins has scored four goals and provided one assist in the league so far this campaign.

He joined the French side on a permanent move from Atletico Madrid in the summer after spending the second half of last season on loan in Monaco.