A Paris Saint-Germain team photo with a difference has been posted on social media as Ander Herrera’s Instagram snap revealed the star-studded line-up at Neymar’s 28th birthday bash.

Brazilian Neymar held a lavis party at YoYo nightclub in the French capital on Sunday night, with the venue situated just a short walk away from the Eiffel Tower.

Several members of the PSG squad attended the party along with their partners, while other Ligue 1 footballers such as Lyon’s Memphis Depay were also on the guest list.

PSG’s first-team stars were captured at the party in an Instagram photograph posted by former Manchester United midfielder Herrera, with the caption: ‘The more they talk, the stronger we are. Congratulations Ney @neymarjr’.

Herrera was sat alongside the birthday boy, Keylor Navas, Pablo Sarabia and Leonardo Paredes, while Marco Veratti and Maxim Chupo-Moting can be seen in the front row.

Mauro Icardi was snapped at the event alongside his wife and agent Wanda, while Edinson Cavani, Sergio Rico, Michel Bakker and Angel di Maria were also in attendance.

Lyon striker Depay also took to social media to reveal the ongoings inside the event, posting a photo with him and Neymar on Instagram saying: ‘Happy bday bro! Everyone knows you’re a world class player, but they don’t know the world class person you are!

‘Thanks for showing me that bro. Plenty love.’ 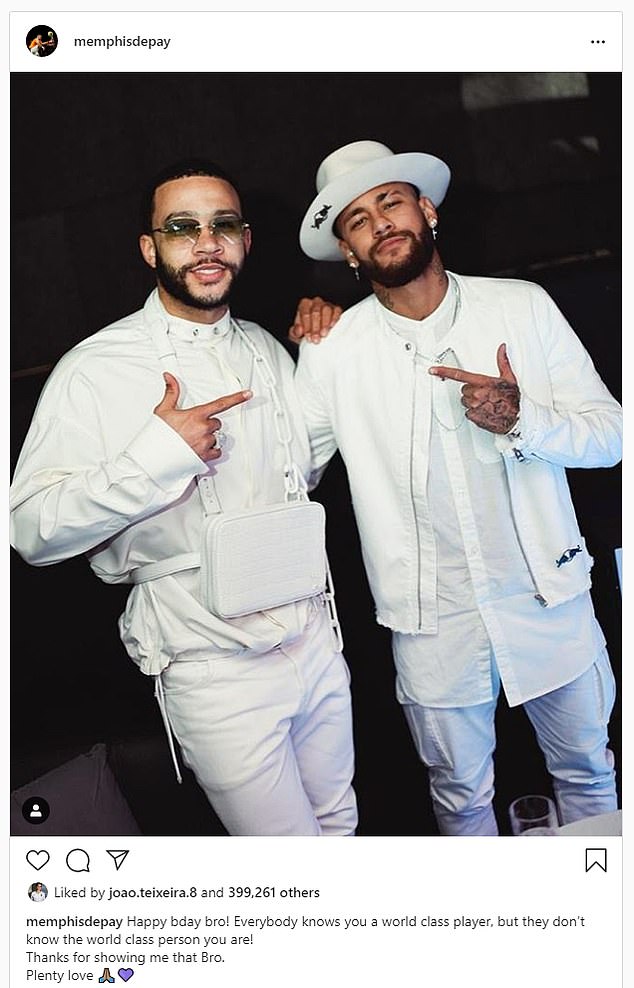 The players arrived at the nightclub around 9pm on Sunday evening, with the exception of forward Kylian Mbappe who arrived at 11.30pm following Blaise Matuidi’s charity gala event at Disneyland earlier in the evening.

PSG manager Thomas Tuchel was not in attendance at YoYo, with the German boss branding the event a ‘distraction’ to the Ligue 1 club’s game preparations.

The party took place just 24 hours after PSG’s 5-0 win over Montpellier, and just 48 hours before the Ligue 1 champions’ match against Nantes on Tuesday evening. 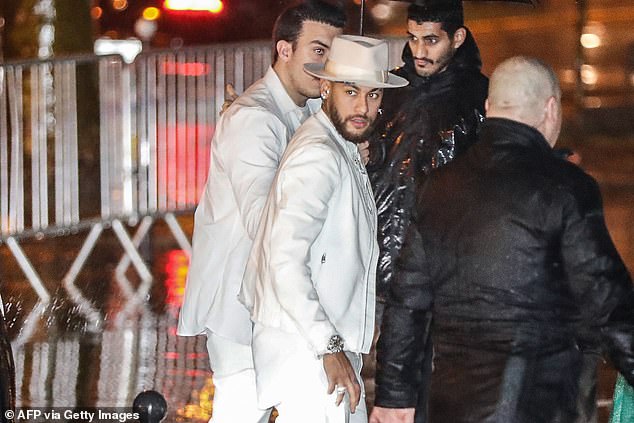 PSG beat Nantes 2-1 thanks to goals from Veratti and Thilo Kehrer, but Neymar did not feature in the match after picking up a knock in the Montpellier victory.

Even though his side won both games, Tuchel was still not impressed with the idea of a lavish party between two fixtures.

Before the Nantes game, Tuchel said: ‘Is it the best way to prepare for a match? No, clearly not. Is it the worst thing in the world? No. 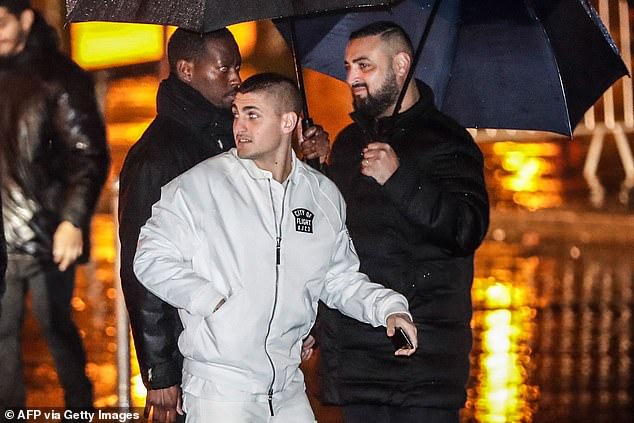