By Tom Farmery For Mailonline

Ivan Perisic is a major doubt for Bayern Munich’s Champions League last-16 clash against Chelsea after fracturing his ankle in training.

Perisic is expected to be out of action for a month, which would rule him out of the first leg at Stamford Bridge on February 25.

Bayern’s interim manager Hans Flick confirmed that Perisic would be missing for ‘at least four weeks’.

Flick said: ‘He as a fracture at the outside of his ankle.

‘It will take at least four weeks until it is healed and only then he will be able to start with building up training again.’

The Croatia international has scored six goals since arriving at the Allianz Arena. 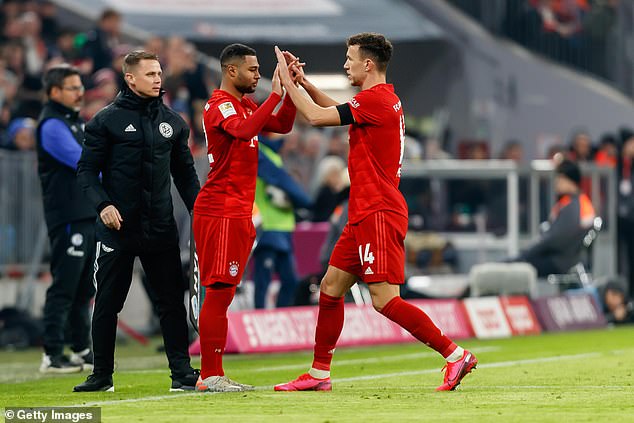