‘We wouldn’t say no’: Jorginho’s agent admits he would be interested in a move to Juventus in the summer and says they could ‘evaluate’ leaving Chelsea after the end of the season

Jorginho’s agent Joao Santos emphasised that his client could leave Chelsea in the summer, with Juventus the front-runners for his signature.

The Blues midfielder was signed by Maurizio Sarri in 2018 and a reunion with the Italian manager – now at Juventus – has been mooted.

And speaking to Italian outlet TuttoJuve, Santos admitted that should the Italy international leave Stamford Bridge, there are a number of different options on the table. 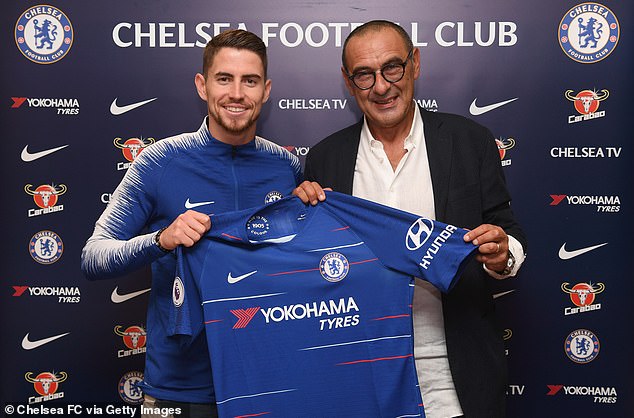 Statistics in all competitions according to Transfermarkt

‘Anything can happen in the transfer market,’ Santos said.

‘I said “why not?” to Juventus because Jorginho has a three-year contract with Chelsea, so the priority is clearly to remain there, but we could also evaluate leaving the club in July.

‘In that case, if this were to happen, we’d be ready to consider the various proposals that will arrive from Italy, France and England.

‘Why shouldn’t it be possible to join Juventus? They are the most important club in Italy, the one that has won the most in recent years. We wouldn’t say no to the Bianconeri.’

Jorginho first flourished under Sarri at Napoli before moving with his coach to London in the summer of 2018.

He has proven to be an important player under Frank Lampard at Stamford Bridge this season, making 23 Premier League appearances, but his agent did not play down talk of a transfer. 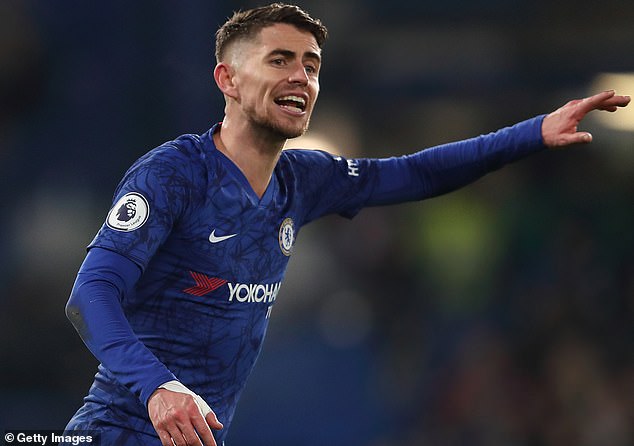 ‘If Juventus, who already have a very strong squad, were to need him and Chelsea were ready to sell, we would certainly evaluate their proposal,’ he continued.

‘It’d then be up to the clubs to reach an agreement. Nobody from Juve, not now or in the past, have contacted me to talk about Jorginho.

‘The club would need to speak to Chelsea first, as talking to me won’t change the situation very much.’