Jurgen Klinsmann has left his role as Hertha Berlin manager after just 76 days and 10 matches in charge of the club.

The former Germany manager – who won just three out of his 10 games as boss – has cited a lack of trust and support behind his decision to step down.

Kilnsmann said: ‘As the head coach I need the trust of the acting persons.

‘Especially in a relegation battle, unity, team spirit and focus on the basics are the most important elements.

‘If they are not guaranteed, I can’t live up to my potential as a head coach and fulfill my responsibility.’

Klinsmann leaves with the Berlin outfit in a treacherous position in Bundesliga – they currently sit just six points behind the relegation zone in 14th place with just 13 matches remaining. 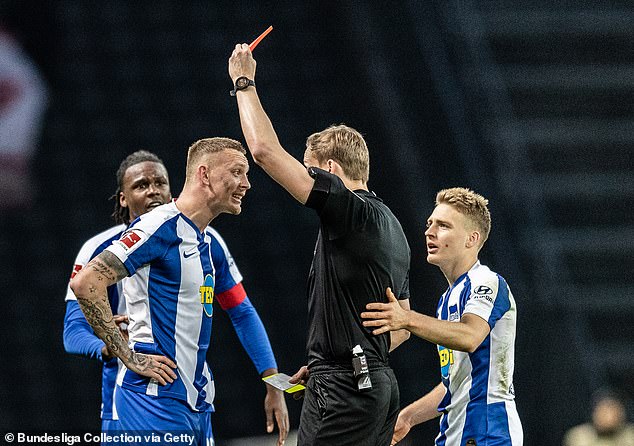 Klinsmann won three out of 10 games in charge of Berlin, who sit down in 14th in Bundesliga