LIGUE 1 preview: Can referees win back authority in midweek?

As always happens in Ligue 1, one of the biggest and most controversial moments of the weekend involved Neymar.

The Brazilian lost it with referee Jerome Brisard ahead of half-time in Paris Saint-Germain’s win against Montpellier. He had spent the first-half being repeatedly fouled.

Inevitably, he protested wildly every time he was knocked down to the ground and seemed to question why his opponents were not being given bookings. 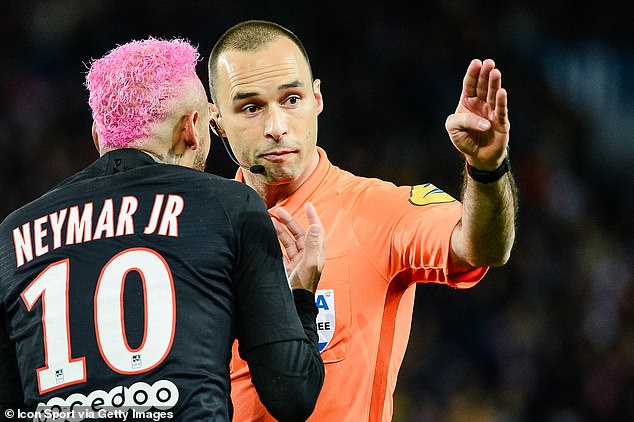 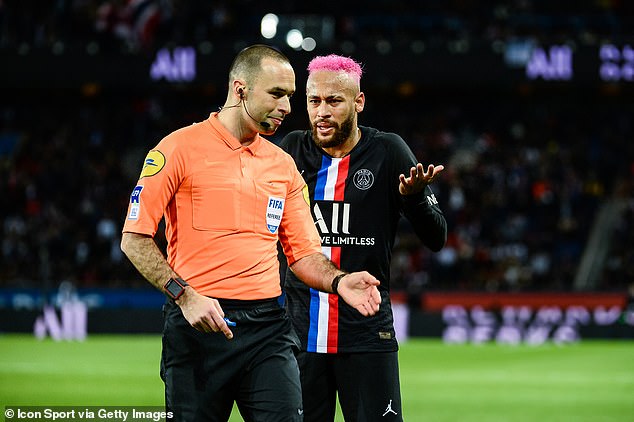 Neymar is reported to have said, ‘Speak French my a**’ to the official during the game

He would end up being fouled nine times over the course of the 90 minutes.

Instead, he was booked himself. During the break, he tried to ask the referee in Portuguese why he was given a yellow card when he was ‘playing football’. He then asked Marco Verratti to translate.

Brisard then told Neymar that he should speak French with him, but the 27-year-old was caught on Canal Plus’ cameras commenting: ‘Speak French my a**’.

It summed up a difficult weekend for officials in Ligue 1 and begs the question for them ahead of the midweek matches: in a league full of egos, can they wrest back control? 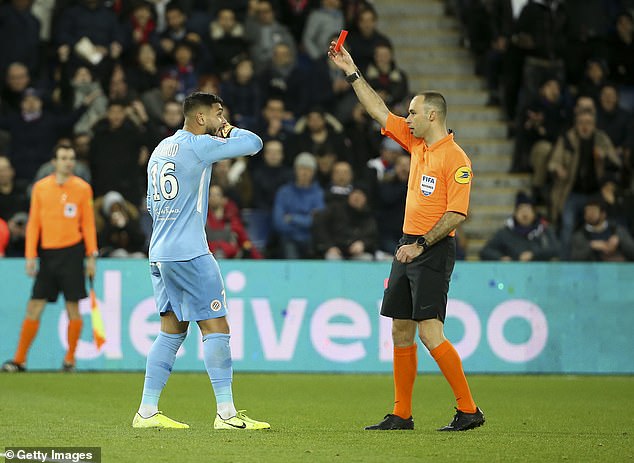 This might be a bit strong, but PSG’s side is filled with star names. If Thomas Tuchel can receive a rocket from Kylian Mbappe, how is the forward likely to treat an official?

Neymar even seemed to go against Tuchel’s personal preference when he held a lavish 28th birthday bash ahead of his actual anniversary on Wednesday.

‘These are distractions, and they give the impression we are not serious, not professional,’ said Tuchel, clearly not happy with what his star man had organised.

Has that outlook on institutions and leading figures also stretched to the league generally? Even if Neymar will make headlines, it was not the biggest moment of disrespect shown over the weekend. 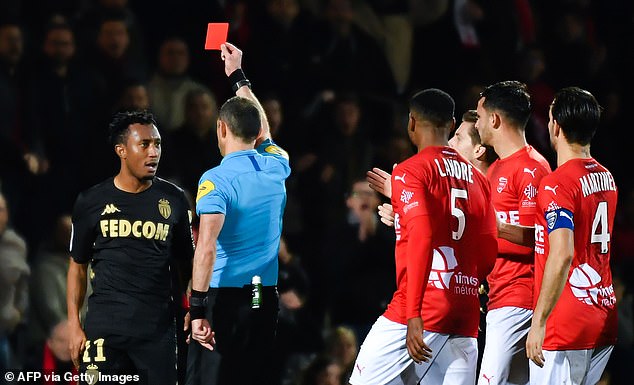 Gelson Martins could receive a six month ban for his actions in Monaco’s loss against Nimes.

And Martins was not happy, pushing the referee. He was then sent off himself, and decided to respond by pushing Lesage again.

There will be a meeting on Wednesday of the disciplinary commission. That should see him banned for at least eight matches with a maximum of half a year out.

Montpellier also had a man sent off on Saturday, while Nice and Lyon had a player each dismissed as discipline collapsed across the league. 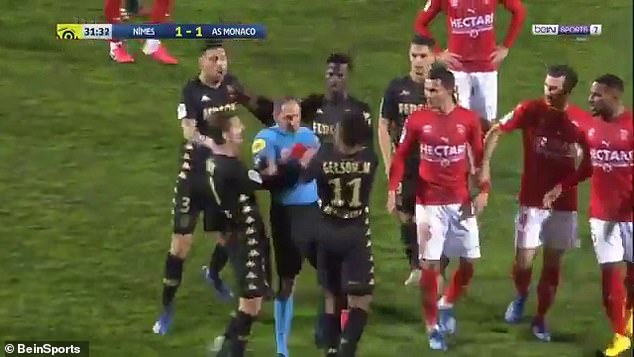 On Tuesday and Wednesday, there are some potentially heated games. Lille and Rennes meet with the two sides battling for third place and Champions League football. Rennes are currently six points behind.

Meanwhile, Montpellier and Metz face off with important jobs to do at either end of the division – the hosts looking for European football, the visitors trying to avoid relegation.

These are potential powder kegs after a weekend in which officials’ authority has been diminished like never before with six players sent off in total across the division. Even in the PSG game, a Montpellier man was dismissed.

Hopefully they can take back control and ensure the division and the players’ reputations are not soured by any more controversial incidents. 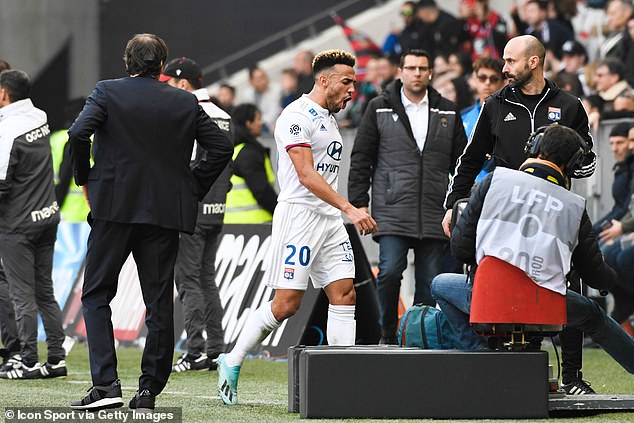 Monaco will be looking to end a run of three straight defeats on Tuesday evening when they take on Angers, who are only a point and a place above them in the table.

Elsewhere, Nantes will be looking to avoid a loss when they host PSG, who are in imperious form. The hosts have been beaten in their last two games and sit ninth.

There’s a mid-table clash between Bordeaux and Brest early on Wednesday, although Bordeaux might still be hoping of pushing for the European places between now and the end of the campaign.

Toulouse managed to end their ludicrous losing run at the weekend and will now hope to go even better than the draw they pulled off against Amiens. They take on Strasbourg. 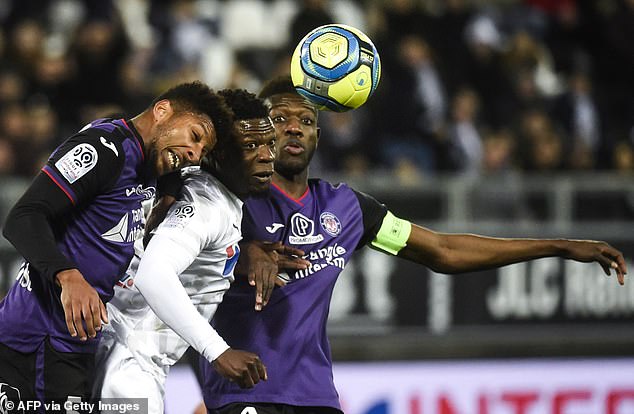 Stade Reims will host Nice, who have not lost any of their last five games and will be hoping to clamber above their seventh-placed opponents in the table.

Lyon, who are sixth, can close the gap to the European places with a victory against Amiens, who need results to avoid relegation this season.

And two other relegation-threatened sides meet on Wednesday with Nimes to host Dijon. A result for the visitors would be mustard in their battle to stay up.