By Jack Gaughan and Adrian Kajumba For Mailonline

Manchester United will wait until April to finalise their goalkeeping plans for next season.

United have a number of senior keepers on their books and situations to resolve ahead of the 2020/21 campaign.

Top of the list will be their No 1 spot with Dean Henderson pushing his claims for a return to Old Trafford, along with a place in England’s Euro 2020 squad, with his excellent displays during his loan spell at Sheffield United in the Premier League. 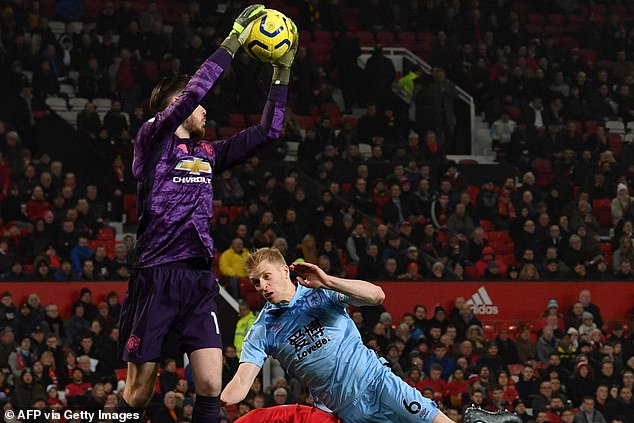 Henderson has been earmarked by club staff as a future first choice goalkeeper by United, a role currently occupied by David de Gea.

Henderson has starred on loan at Bramall Lane once again this term, having helped inspire them to promotion from the Championship last year, and Blades boss Chris Wilder is keen to have him again next season.

There is understood to be surprise about suggestions, following Henderson’s standout display against Manchester City on Tuesday, that talks have been held between the clubs about a third season-long loan spell for the 22 year-old, though, with United not due to make a decision on their plans until closer to the end of the season. 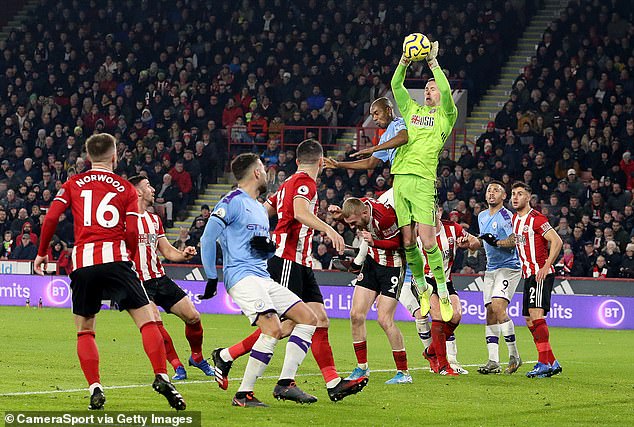 Blades boss Wilder has revealed that Henderson is unlikely to accept a back-up job if he is to return to Old Trafford.

Wilder said: ‘He [Henderson] wants to play first team football. Maybe I shouldn’t be saying this, but I’m not so sure he’ll play back up to anybody. Just the character of the boy. Maybe he will come out and say it.’

Whether he plays first team football at United next season, much of that will hinge on De Gea.

He signed a new four-year deal in September which also includes an option to extend it until 2024. 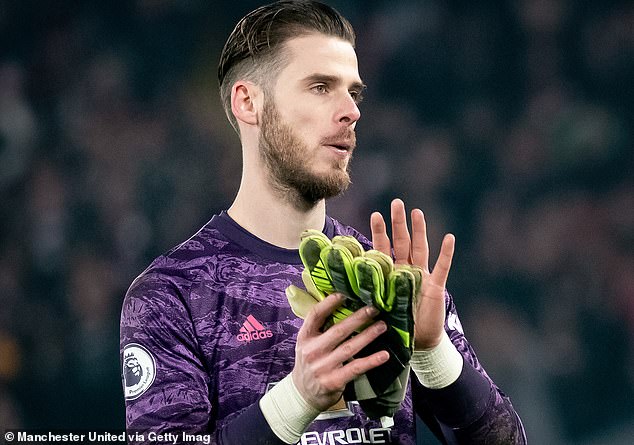 However, he has been the subject of interest from abroad in the past, including Paris Saint-Germain last summer, and United will have a decision to make should any of his suitors return.

Current second choice Sergio Romero is tied down until 2021 with an option of another year while third choice Lee Grant’s deal expires this summer, creating a gap in Ole Gunnar Solskjaer’s senior pool of goalkeepers if he does not sign an extension.

Behind them United have a number of younger goalkeepers, including Joel Pereira, Kieran O’Hara, Alex Fojticek and Matej Kovar, and the next stage of their development paths will also need to be mapped out.