Roma’s woes have continued after a home defeat to Bologna saw players leave the field to a chorus of boos.

Musa Barrow scored twice to help Bologna take a 3-2 Serie A victory on Friday evening as the Giallorossi’s crisis worsened.

Manchester United loanee Chris Smalling, who has been a resurgent figure this season, compounded the misery after being directly responsible for the opening strike, allowing the ball to be freely played across the area.

Bologna moved up to sixth, one place below Roma, following a third successive win. 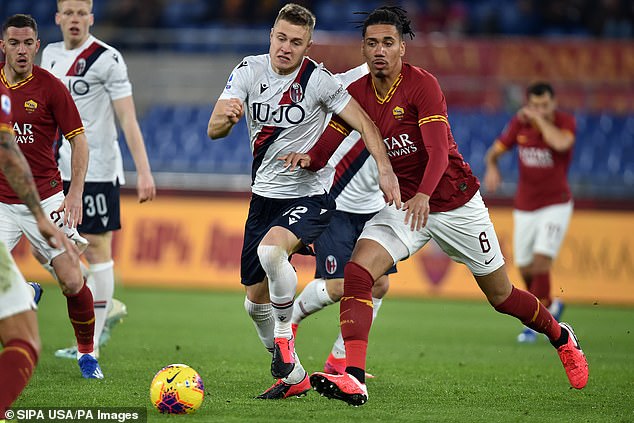 Roma have won only one of their past six league matches, losing four of them.

Roma were looking to bounce back from losing to Sassuolo 4-2 but gifted the opener to Bologna in the 16th minute as Smalling inexplicably left Barrow’s cross, allowing Riccardo Orsolini to tap in at the far post.

Roma leveled in the 22nd when Bologna defender Stefano Denswil bundled Aleksandar Kolarov’s cross into his own net, but Barrow restored the visitors’ lead just four minutes later as his effort was deflected into the top corner.

It was Barrow’s first start since joining on loan from Atalanta and he doubled his tally six minutes into the second half when he raced from the halfway line before curling into the bottom right corner.

Henrikh Mkhitaryan headed in Bruno Peres’ cross to halve the deficit but Roma’s chance of leveling diminished 10 minutes from time when Bryan Cristante was shown a straight red card for his challenge on Orsolini.

Following the match Kolarov admitted things were getting tough for Roma, but insisted the team must remain together in this difficult phase.

‘Our 2020 has not started well, but these periods can happen during a season. All we can do is keep our heads down and work harder. 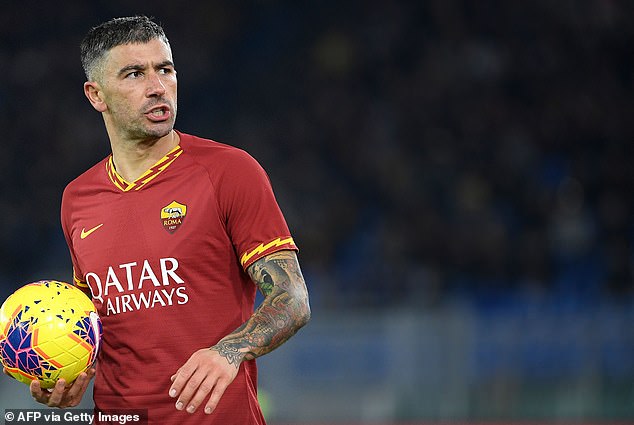 ‘We knew Bologna were tough to beat and dangerous on the counter-attack. Our pressing was not good enough and that left us flat-footed on the counter.

‘Bologna absolutely deserved to win and we did not perform up to our standards today. We did better after the break, but it was not enough.

‘There are many elements to the negative period, but as the oldest of the group, I stay close to my friends, we discussed it, know what we need to do and keep going forward.’