Vinicius Junior rejects links with PSG after reports claim winger could join as part of Real Madrid deal to sign Kylian Mbappe: ‘I want to stay’

Spanish newspaper AS claimed earlier this week that PSG want Vinicius as part of any deal that sees Kylian Mbappe move to Madrid this summer.

But after being quizzed over his future following Madrid’s shock 4-3 Copa del Rey defeat by Real Sociedad, the Brazilian offered a blunt response. 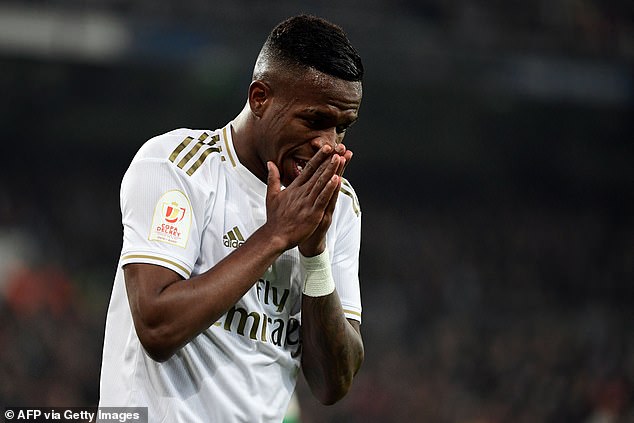 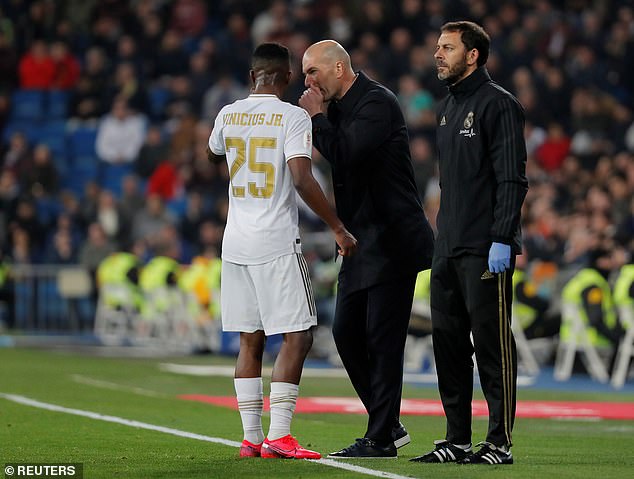 ‘There’s no choice, I want to stay at Madrid,’ he said.

However, PSG may yet continue their pursuit of the 20-year-old, who they have reportedly been tracking for the last 12 months.

PSG sporting director Leonardo sees Vinicius as a major talent for the future and was keen on the winger when Neymar’s exit was being discussed last summer.

The winger may also be forced to weigh up his future at Madrid if he fails to convince boss Zinedine Zidane of his worth between now and the end of the season.

Zidane still appears to be unconvinced by the former Flamengo man, having rotated him for much of this season.

Despite impressing fans with his dribbling ability, his lack of end product remains a concern, with just three goals and one assist to his name in 22 appearances in all competitions this season.

As it stands, the youngster is on course to clock up the same numbers he recorded last season, when he scored four goals in 32 games in his first campaign at the club.