By Mark Duell for MailOnline

BT Sport and Sky will not refund subscribers who face at least three weeks without live coverage of the Premier League and Champions League, it has been claimed.

The broadcasters, which also cover the FA Cup, Europa League and the German Bundesliga, are hoping live football will resume soon following mass cancellations amid the coronavirus crisis.

But subscribers, many of whom pay upwards of £29.99 a month, are now facing a schedule of repeated matches, wrestling films and documentaries.

The broadcasters, which also cover the FA Cup, Europa League and the German Bundesliga, are hoping live football will resume soon following mass cancellations amid the coronavirus crisis

Sky Sports will also now no longer have any live Premier League and Football League action, while the FA Cup quarter-final matches on the BBC are cancelled.

Sources at BT Sport told the Guardian it cannot refund customers for the lack of live sports this month. Sky’s position on refunds is not yet clear.

A BT spokesman said: ‘We apologise to customers about the changes to the BT Sport schedule this month due to the impact of Covid-19.

‘The situation is evolving rapidly and we are working with the leagues to continue to broadcast live sport wherever possible and broadcast games when they are rescheduled over the coming months.

‘We will continue to broadcast a wide range of BT Sport content including films and documentaries and we will update our customers as we have a clearer view of the remainder of the season.’

The company’s own chief executive Philip Jansen has tested positive for coronavirus and is self-isolating.

Sky Sports Managing Director Rob Webster said: ‘Sky Sports is working closely with all our partners to better understand the impact on the annual sporting calendar.

‘We recognise that it is a fast-moving situation and we are working at speed to ensure we continue to deliver for all of our customers. 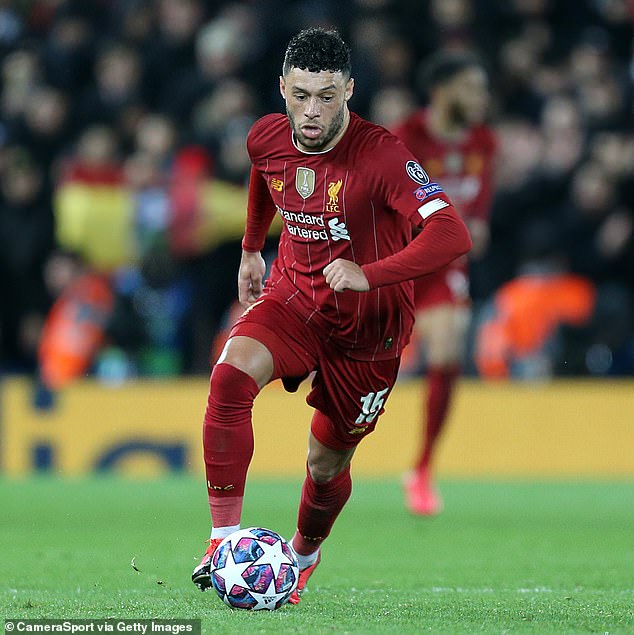 Subscribers, many of whom pay upwards of £29.99 a month, are now facing a schedule of repeated matches, wrestling films and documentaries. Pictured: Liverpool’s Alex Oxlade-Chamberlain in the Champions League against Athletico on Wednesday

‘A number of sporting events have been postponed, but not cancelled, so we expect to be able to show these when they are rescheduled.

‘Therefore, our live schedule is likely to look different for a period of time. As more information becomes available, we will continue to provide updates to all of our customers.’

Some of the broadcasters’ presenters took to Twitter to joke about the free time they will have.

BT Sport pundit Jake Humphrey posted: ‘Anyone in the Norwich area need any odd jobs doing until the summer..?’ 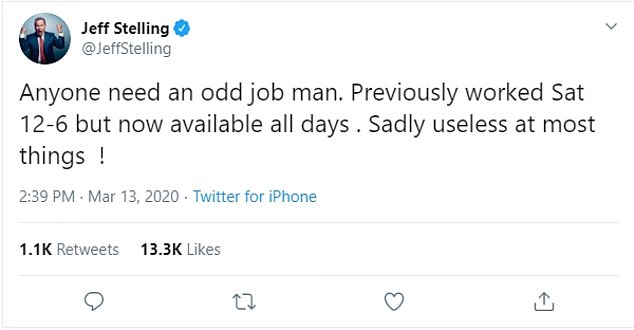