After days of Albert Square melodrama and chicken-coop squabbling, Eintracht Frankfurt fans finally got the Bundesliga laughing again on Wednesday.

‘Dietmar Hopp, you son of a….mother!’ read the banner that they unfurled – bit by bit for comic effect – in their 2-0 cup win over Werder Bremen.

It was a good joke, and a welcome attempt to draw the poison from what had become an absurdly overheated debate.

Over the last week, fan protests against Dietmar Hopp have threatened to tear German football apart. His face has appeared behind crosshairs on huge banners, while fans at various grounds have called him a ‘son of a b****’.

Had Frankfurt fans done the same on Wednesday, they might have knocked their own team out of the cup. The protests have not only infuriated Hopp, they have seen games suspended and players go on strike on the pitch.

They have also sparked fresh debate about fan power, racism and co-operation with Qatar. What began as an attack on one man has turned into a full-scale war between fans and football officials in Germany.

As we head into another round of Bundesliga fixtures on Saturday, only a fragile peace reigns. More protests this weekend could once again see the football grind to a halt.

So how did we get here? What are the fans protesting and why is Hopp at the centre of it? Is this really, as some say it is, a battle for the soul of German football? 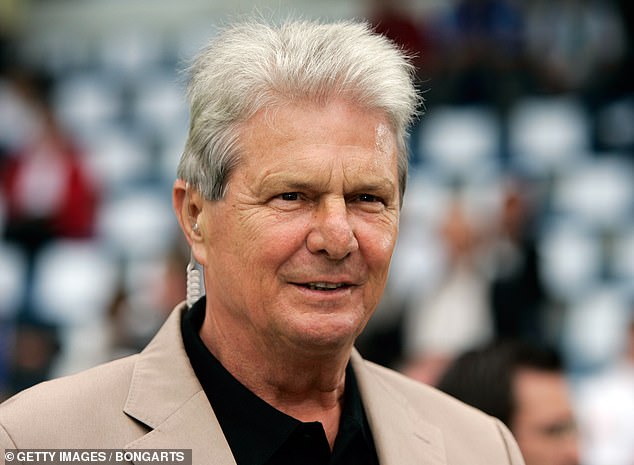 Broadly speaking, this is all part of a familiar debate about money in football.

Software mogul Hopp is disliked among German fans for the same reason RB Leipzig are. Long before Red Bull arrived, his money transformed minnows Hoffenheim into Bundesliga stalwarts. For many fans, that posed a direct threat to the 50+1 rule, which guarantees fan power and limits investor influence in German football.

Specifically, though, this is about Borussia Dortmund fans. They, more than anyone, have history with Hopp, and they delight in taunting him whenever they visit Hoffenheim. The millionaire has proven particularly thin-skinned, opening legal proceedings against them and even installing extra speakers to drown out fans when they serenaded him as a ‘son of a b****’.

It is a saga which has rumbled on for years, but flared up again last month, when the authorities banned Dortmund fans from Hoffenheim games for the next two seasons.

That ruling contravened a promise made in 2017 to abolish collective punishment for football fans, and many across the country felt betrayed. Their response was loud and blunt.

‘Sons of b****es insult a son of a b**** and get punished by sons of b****es,’ read the banner held up by Borussia Moenchengladbach fans two weeks ago. They also displayed the motif with Hopp’s face in crosshairs, which proved a step too far for sporting director Max Eberl.

‘It is absolutely shameful, it is not what this club stands for. What should I do with these plebs who stand in front of me wearing masks and holding up this banner?’ Eberl raged, pointing out that the game had begun with a minute’s silence for those shot dead in a far-right terrorist attack in the city of Hanau a few days earlier. 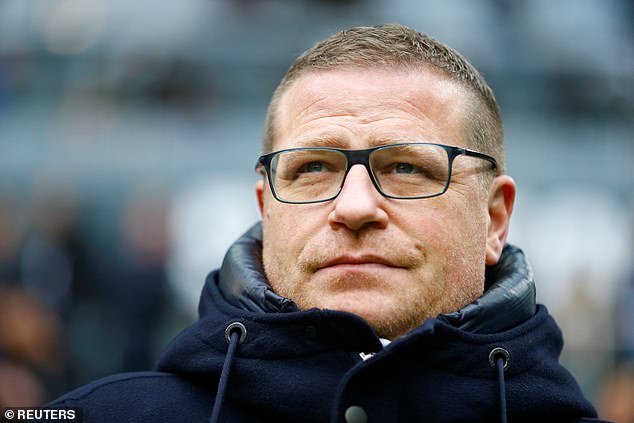 After that somewhat questionable comparison, there was no stopping the escalation. A week later, Dortmund fans accused Eberl of ‘misusing the deaths in Hanau to silence football fans’.

In a parallel game against Hoffenheim, Bayern fans started a fight with their own club when they too called Hopp a ‘son of a b****’. Players from both teams responded by refusing to play out the game properly, instead just kicking the ball around listlessly for the last 10 minutes.

It was a bizarre spectacle, which led many fans to question why this, of all things, had proved to be a red line. Despite repeated incidents of late, no games have been suspended for racism in Germany. Yet insults against one millionaire – whose company happens to be a Bayern sponsor – have prompted calls for decisive legal action.

‘We need to finally be brave about challenging this… we will act with full decisiveness, and use all legal possibilities. People say (the ultras) create a good atmosphere, but I say sod the atmosphere,’ declared Bayern CEO Karl-Heinz Rummenigge.

Such comments fuel suspicions that this is all just an excuse to curtail fan power. That battle is important, because Germany’s hardcore fans do more than just ensure a good atmosphere.

Bayern ultras in particular have acted as the club’s moral compass in recent years. They have led the fight against racism and homophobia, put pressure on the club to honour key Jewish figures in its history, and held the board to account over sponsorship deals with Qatar. 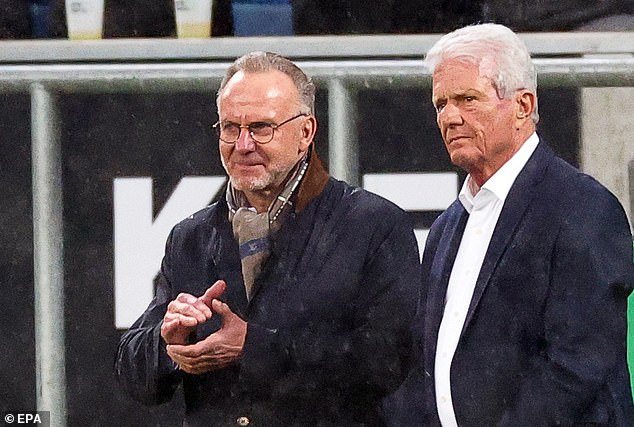 Yet the fans are not blameless. Calling a millionaire a son of a b**** is one thing, but painting crosshairs over an image of his face is quite another, both morally and legally. Fans at Gladbach, Dortmund and Union Berlin cheapened their otherwise eloquent protests by doing so.

Though many insist the crosshairs banner is a symbol rather than a serious death threat, it is undoubtedly grotesque. If the right of supporters to voice legitimate grievances is worth defending, the right of large groups of masked men to make threats towards an individual is not, however much of a son of a mother that individual may be.

And so back to Frankfurt, where one side finally decided not to take itself too seriously. The joke on the terraces on Wednesday appeared to prompt a de-escalation.

The league put out a conciliatory statement the following day, backing fans in their criticism of collective punishments, while not excusing the worst excesses of the protests. Even Bayern seemed to backtrack a little, choosing Thursday morning to launch a new anti-racism campaign.

One can only hope that the peace holds, but the slightest misstep could break the truce. On Friday, Gladbach’s Jonas Hoffmann called on players to leave the pitch if Hopp is insulted again this weekend. And as fate would have it, his team are playing Borussia Dortmund.