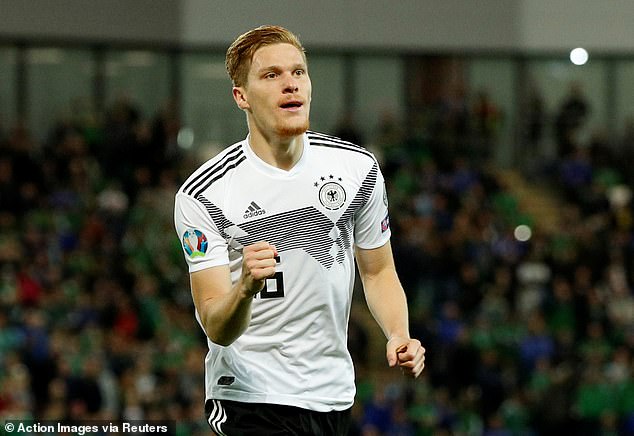 This is not a vintage Germany team, but it doesn’t mean they can’t score vintage goals.

Make no mistake, the four-time world champions were on the ropes at Windsor Park against a Northern Ireland side that did much to justify their rise to the top of Group C.

Then in the 48th minute, defender Marcel Halstenberg produced a stunning strike to end their 100 per cent record and knock them off their perch. 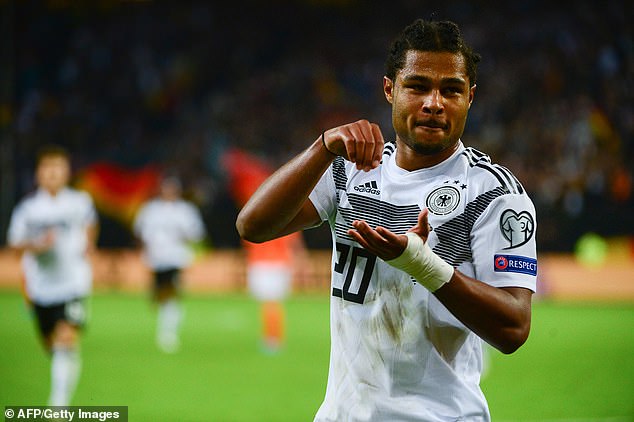 Julian Brandt got the faintest of touches to a cross from the right and the ball ran through for Leipzig left-back Halstenberg who despatched it with a ferocious finish into the top corner.

It punished Northern Ireland for failing to exploit the frailties they exposed in a German side that has been overhauled since the last World Cup and lost 4-2 at home to Holland on Friday night.

‘We’re hugely disappointed to lose the game,’ said manager Michael O’Neill. ‘We can be proud of the way we played, but when you get chances of that nature against Germany you have to take them and they made us pay in the second half.

‘We can pat ourselves on the back or say it’s a wasted opportunity – that is how I feel about it and that is how the majority if not all of the players think about it.’

This was by far and away Northern Ireland’s best performance in four games against Joachim Low’s side over the last three years, particularly in a belting first half.

The hosts sensed vulnerability in their opponents and set about trying to ruffle Germany who tried to play the ball out from the back but succeeded only in giving it away with alarming regularity.

It almost cost Germany in the seventh minute when Toni Kroos’ pass was charged down by Corry Evans and the ball fell kindly for Conor Washington who couldn’t finish when one-on-one with Manuel Neuer. 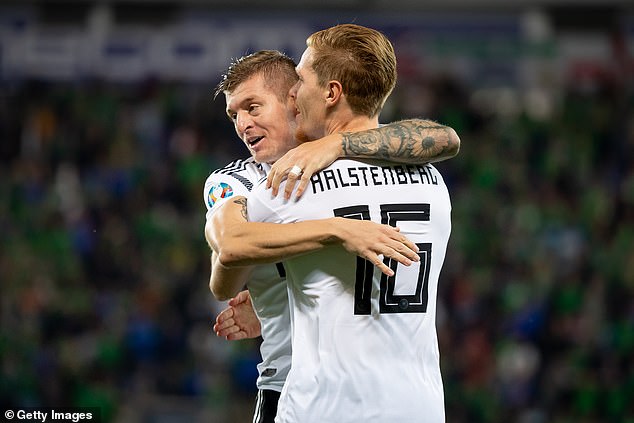 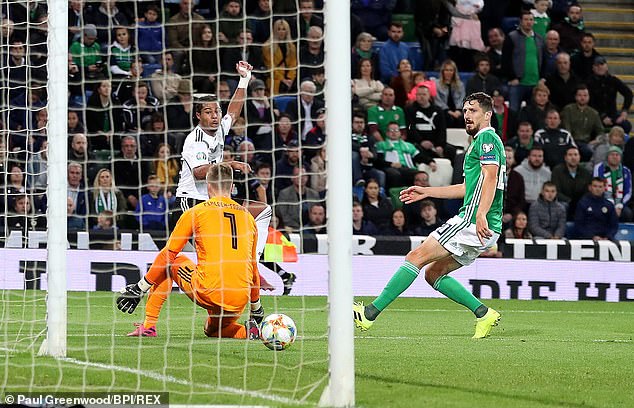 A shaky Germany fought their way back into the game and had two penalty appeals for handball turned down when Jonny Evans and Craig Cathcart blocked efforts in front of goal.

Both teams had chances in the seconds before the interval when Neuer snatched Stuart Dallas’s low cross away from Washington in a mad scramble, and then Bailey Peacock-Farrell produced a point-blank save to deny Timo Werner.

A more composed, clinical Germany emerged in the second half, and it needed a string of fine saves from Peacock-Farrell to keep Northern Ireland in the game.

O’Neill’s side still went close to an equaliser when Dallas fired inches wide, but Germany snatched a second in injury-time when Serge Gnabry ran onto Kai Havertz’s pass and beat Peacock-Farrell from a narrow angle.

The result tightens things up at the top of the group with Northern Ireland still to face Germany away and Holland, twice, in their remaining three matches.

‘The games aren’t going to get any easier,’ admitted O’Neill. ‘We can’t control the nature of the opposition, just look at the players and where they play club football. Only three of our team play in the Premier League. This puts us in a more difficult position now.’ 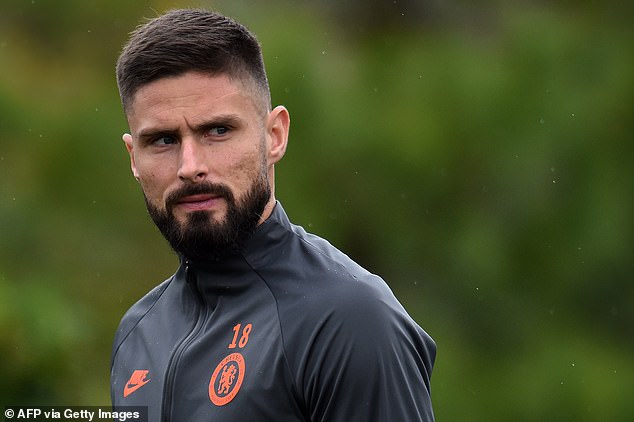 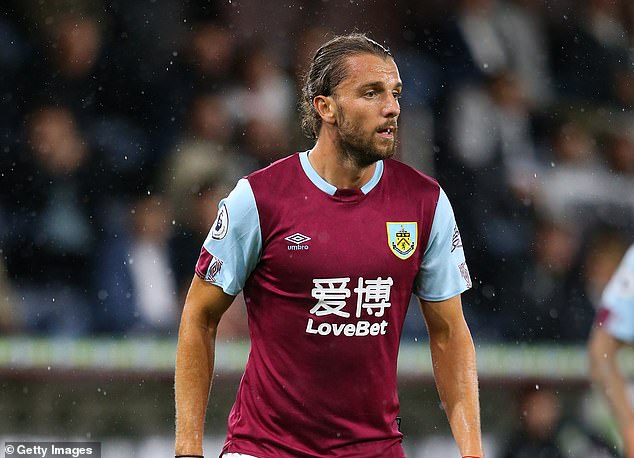