‘It’s a great opportunity to try to win a trophy and play in Europe’: Arsenal boss Mikel Arteta urges players to grasp their chance of FA Cup success after last-gasp win at Sheffield United

By Ian Ladyman for the Daily Mail

Arsenal manager Mikel Arteta celebrated the victory over Sheffield United by telling his players that they must grasp this chance of getting into Europe.

A stoppage-time strike from Spanish loanee Dani Ceballos gave Arsenal a 2-1 win at Bramall Lane and the club now face a Wembley semi-final.

If the Gunners win the FA Cup for a 14th time, they will qualify for the Europa League next season.

Arteta said: ‘I am really pleased. This is a difficult place to come and get a win. We are back at Wembley. I am really happy with the attitude and performance of the players.

‘It is a great opportunity to try to win a trophy and play in Europe.’

Having lost their first two games since the restart — at Manchester City and Brighton — Arsenal have bounced back with wins at Southampton and Sheffield.

‘We have played four away games since the restart,’ said Arteta.

‘Thank you to the Premier League for our calendar — playing every three days!’

For Arsenal, this was a good way to banish the memory of a 1-0 loss at Bramall Lane in the Premier League in October. 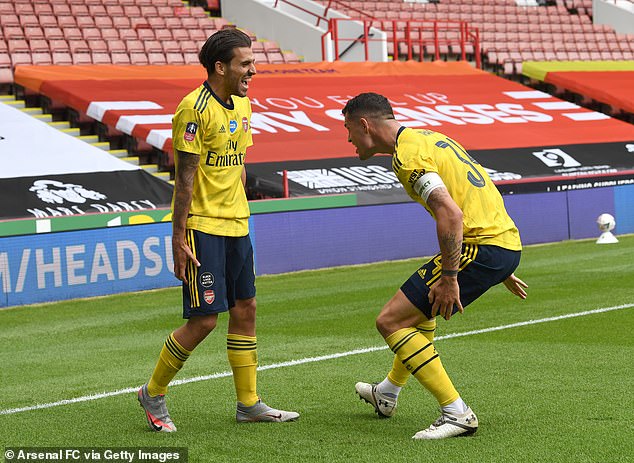 Nicolas Pepe — who missed a sitter that day — gave them the lead with a first-half penalty but Sheffield United were the better team after the break and equalised with three minutes left, only for Ceballos to steal the win in the 91st minute.

Asked about the progress of Pepe, who was signed for a club record £72 million last summer, Arteta said: ‘I am excited about what he can bring. He has made it click now. I am so pleased to see his defensive actions and then with the ball he gives us creativity.

‘I really like him from the past. I didn’t know him personally but he has incredible potential. He needs to be decisive in every game.

‘There are moments in games when he disconnects himself. He cannot do that. But it is very important to understand the player, his feelings. It is a new country for him. 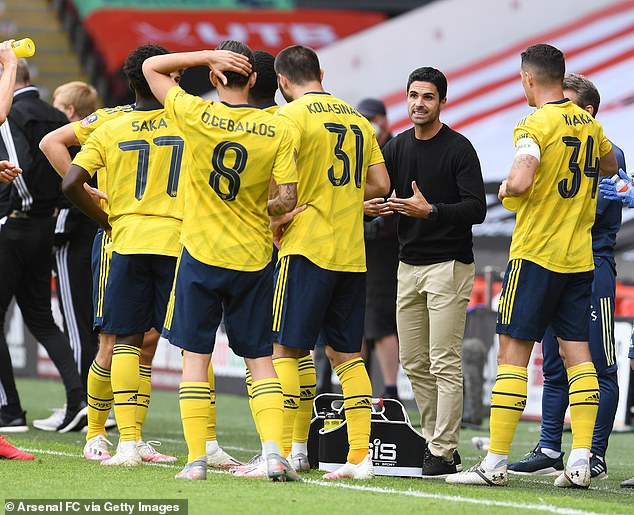 ‘He is very willing, a nice boy, always smiling around everyone. He is a bit of a free spirit and now he is showing his commitment.’

The result was tough on Chris Wilder’s team, who were much improved from recent Premier League defeats at Manchester United and Newcastle.

Wilder said: ‘There were fine lines in the game. We dominated the game in the second half and had the best chances.

‘We have a couple of players short of belief. We just needed some extra quality around the box.

‘We showed again today the ingredients that we need to win games. I am much happier. I think, had the game gone to extra time, we would have got the result.’ 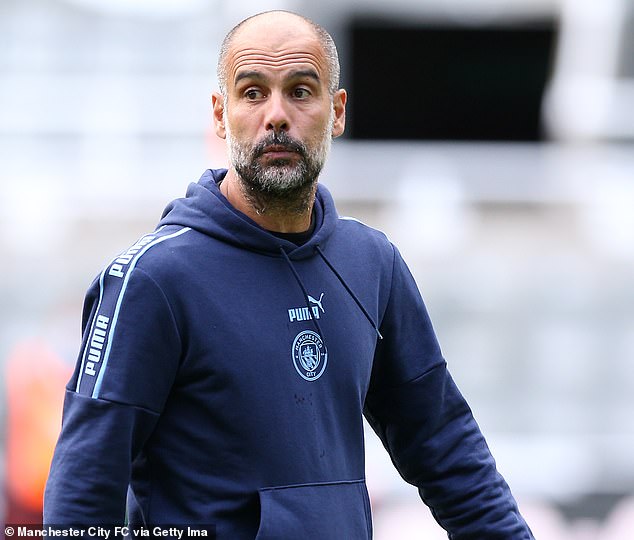 Arsenal’s first-half penalty was awarded for a foul by Chris Basham on Alexandre Lacazette.

Asked if he had any complaints, Wilder said: ‘No, you don’t need to give an invitation for those players to go over. Maybe it’s natural for them to go over.

‘It’s not normal for me or my players. But he has felt contact, gone down and given the referee a decision to make. If Chris Basham had been more patient, he could have stayed on his feet.’

Sheffield United had played three away games before this one and Wilder said: ‘I know why it is, but I will leave you guys to write about it.’

Sean Dyche eyeing Burnley exit due to a breakdown in his...