By Jack Gaughan for MailOnline

Sean Dyche’s injury concerns worsened over the weekend when captain Ben Mee was ruled out for the remainder of the season with a thigh problem.

It leaves James Tarkowski and Kevin Long as Dyche’s only senior options at centre half. Sunday’s 1-1 draw with Sheffield United was Long’s first Premier League start since 2018.

Only a dramatic shift in circumstances would see Gibson’s return, however, after a breakdown in relationship with the club earlier this season.

The 27-year-old has made just one league appearance for the Clarets since a £15million move from Middlesbrough two years ago and quickly became frustrated with a lack of opportunities.

That came to a head this season when disagreements with staff saw Gibson train away from the club. 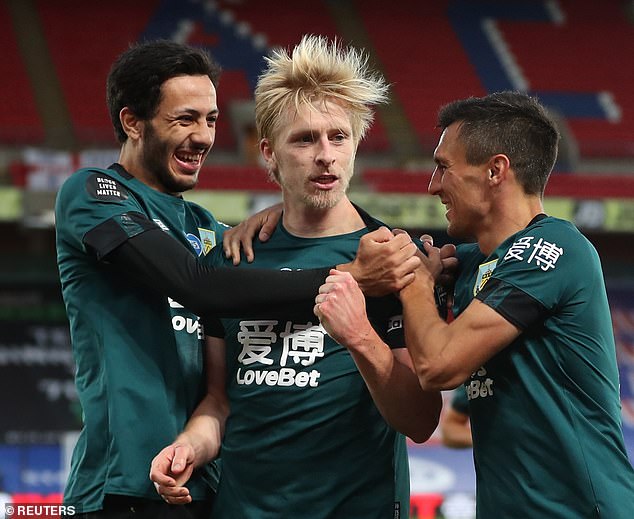 The former England Under 21 international had been training with boyhood club Boro under Jonathan Woodgate, although that arrangement is understood to have come to an end.

Burnley, who continue to pay Gibson’s wages worth around £40,000 a week, turned down a loan offer from Watford in January. He still has two years remaining on his contract.

Meanwhile, Burnley’s academy were granted a Category 1 status on Monday following a rapid restructuring over the last three years since the development of Barnfield Training Centre.

Jurgen Klopp insists he will leave Liverpool when deal ends in...

Jurgen Klopp stands firm with his plan to finish with Liverpool when...