Everton are set to reignite their interest in Crystal Palace winger Wilfried Zaha by launching a bid for the wantaway star, according to reports.

The Toffees tried to sign Ivory Coast dangerman Zaha last summer and are ready to swoop after Palace boss Roy Hodgson admitted that the club are struggling to persuade the 27-year-old to stay at Selhurst Park.

That could force Palace to accept an offer lower than their £100million asking price for their star player and alert rival Premier League clubs keen to launch bids for the former Manchester United wideman, the Mirror says.

Speaking at the end of a season in which Zaha has scored just four goals, Hodgson conceded that transfer speculation had ‘obviously affected’ him.

Hodgson said: ‘His form in the last few weeks has really been quite poor considering what he is capable of doing.

‘It’s a dilemma for the club and a dilemma for him if he is so set on leaving. If he feels he just does not want to be with us any more, that would be sad. 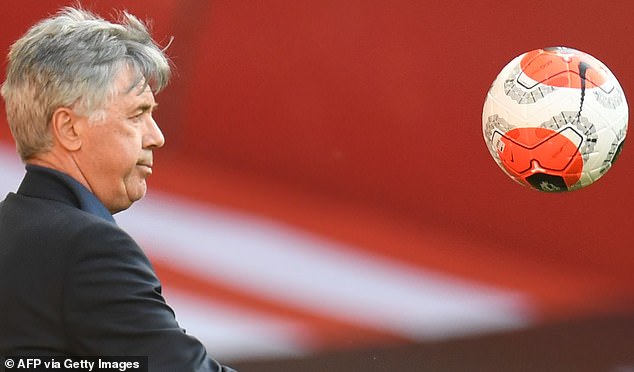 Everton’s Carlo Ancelotti is one of Zaha’s suitors, with reports suggesting a potential £70m bid

‘We still like him very much; we can’t make him like us. This is a situation that only he and the club can sort out. I don’t have an answer.’

Zaha came through the ranks at Palace before joining United for an initial fee of £10m in 2013, becoming Sir Alex Ferguson’s last signing before his retirement.

He returned to Palace on loan in 2014, making the move permanent in February 2015 for around £3m. 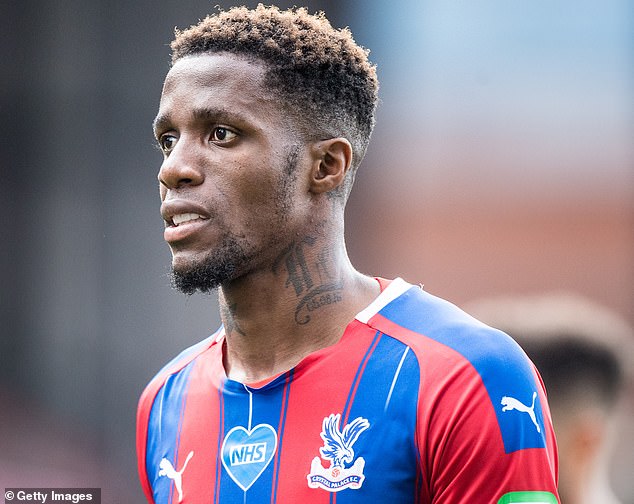 PSG touch down in Lisbon with a key injury... the manager! Thomas...