Wolves will have a break of just 27 days between the end of this season and the start of next if they reach the Europa League final and Chelsea win the FA Cup.

Nuno Espirito Santo’s non-stop team are still involved in the 2019-20 Europa League, where they face Olympiacos in next Thursday’s last-16, second leg tie at Molineux, and would qualify for the 2020-21 competition through finishing seventh in the Premier League – as long as Chelsea beat Arsenal at Wembley on Saturday.

Yet if that is the case Wolves, whose 2019-20 campaign began on July 25 last year, would once again start their Europa League campaign at the second qualifying round. That is scheduled for September 17, with this season’s final on August 21. The winners progress to next season’s Champions League but if Wolves were beaten finalists, they would face another extremely tight turnaround.

The prospect is doubly daunting for Wolves as they began pre-season training on June 27 last year, to prepare for their early assault on the Europa League. The players were given strict programmes to follow during lockdown and have not had a break for more than 13 months.

In that scenario, Nuno may give his squad as little as two weeks off between the campaigns – and has accepted he would have barely any time to work on the training ground. Premier League clubs not involved in European competition finished their seasons on July 26 and will resume on September 12.

The Covid-19 pandemic has forced a revamp of the club European competitions, which are due to be concluded in a tournament-style format from the quarter-final stage in Germany next month. 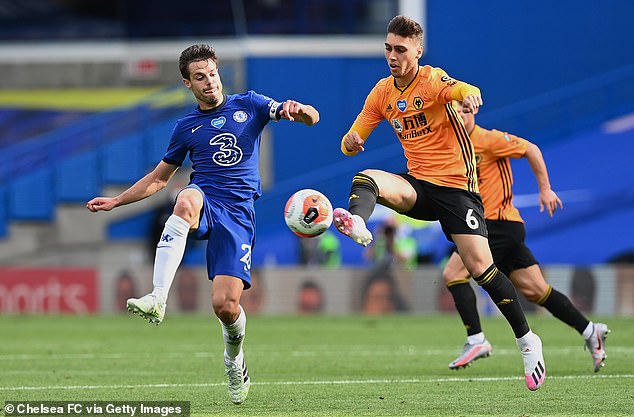 As Sportsmail revealed on Friday, English clubs still involved in Europe are expected to be granted a grace period by the Premier League, meaning they would not play their first Premier League fixture of 2020-21 until at least 30 days after their final European match of 2019-20.

Given they still have three matches to negotiate to reach the Europa League, Wolves have yet to discuss their hectic schedule with the authorities.

The club are, meanwhile, monitoring developments in Germany after the head of the country’s public health agency has said he is “very concerned” by rising infections there.

'We should be saying what a great goalkeeper we have': Spain boss...

Aymeric Laporte in international limbo for France despite being Manchester City’s...