‘We know we can save our season with a trophy’: Alexandre Lacazette eager to end a horrid campaign on a real high with Arsenal by sealing FA Cup glory

By Adrian Kajumba For The Daily Mail

Alexandre Lacazette says Arsenal have the chance to save their season when they face Chelsea in the FA Cup final.

An eighth-placed league finish and premature Europa League exit means it all comes down to Wembley for Mikel Arteta’s side.

Not just to claim a tangible reward from this campaign but also to secure re-entry to Europe next season.

Lacazette said: ‘We are excited because we know we can save our season with a trophy, which would mean a lot for us and the fans.

‘In the league we finished in a bad position, we lost against Olympiacos early in the Europa League, so we missed a few of our targets. That’s why I say it would save our season.’

As if any further motivation is needed, Lacazette, 29, has plenty. Memories of the pain that followed the Europa League final defeat by Chelsea in Baku a year ago remain fresh.

‘It was maybe the worst flight I have ever had,’ said Lacazette. ‘Nobody was talking. It was a long flight, really silent. After you lose a final it is really hard to talk with someone or laugh. Obviously everybody was disappointed.’ 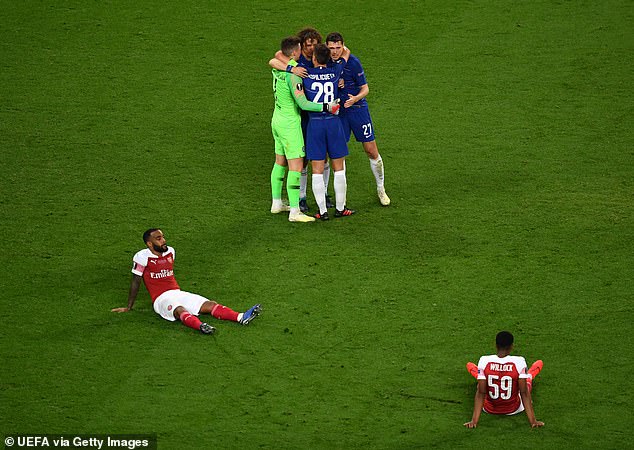 Cup success will also bring a positive end to a disappointing season for the France striker. His tally of 12 goals is his lowest in the last seven campaigns. He was also troubled by an ankle injury which kept him on the sidelines for almost two months and later had spells out of the team, losing his place as Arsenal’s central striker.

‘It was maybe the most difficult season of my career,’ he said.

Lacazette is yet to win a major trophy since signing from Lyon in 2017 for a then Arsenal club-record fee of £52million.

But he can see a bright future under Arteta, and cites January’s battling 2-2 draw at Chelsea with 10 men as a pivotal occasion. ‘That day we created something,’ he said. 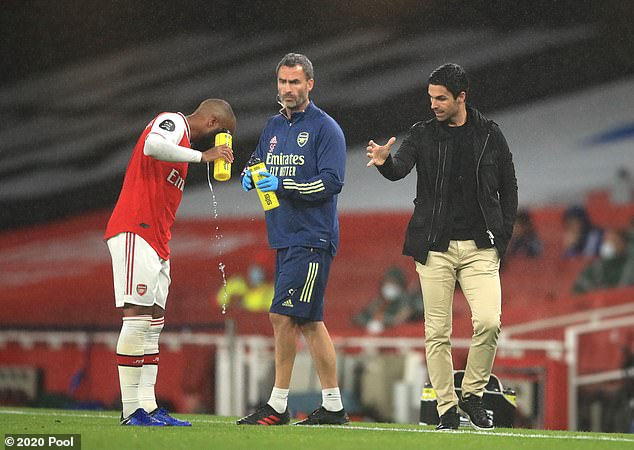 He added: ‘I know next season is going to be totally different and better for me. The players understand more what the manager wants and with time it will be easier for all the team.

‘The future is going to be more shiny for the team. The coach came here to put Arsenal on top of the league. He wants to win a lot of trophies.

‘I’m happy with my career because I played for Lyon, my club since I was a child. I played for Arsenal, my dream club in the UK. I’m happy about my career but obviously I would love to win more trophies and this one can make me happier in my Arsenal journey.’

Philippe Coutinho ‘offered to Arsenal and Newcastle as Barcelona look to...

AHEAD OF THE GAME: Gareth Southgate’s England scouting missions go into...

MARTIN SAMUEL: If Man City had lost their appeal against European...