By Adrian Kajumba For The Daily Mail

Arsenal are ready to offer Willian a three-year deal in a bid to sign the winger on a free transfer from Chelsea this summer.

Willian has moved a step closer to the Chelsea exit after turning down their latest offer of a new contract, increasing Arsenal’s hopes of landing him.

Brazilian Willian wants a three-year deal, while Chelsea are only prepared to offer a contract until 2022.

Willian has rejected a two-year deal at Chelsea, with Arsenal in talks to sign the 31-year-old

Arsenal, who overcame Chelsea in Saturday’s FA Cup final, are prepared to give Willian, who turns 32 next week, the three-year contract he wants.

They have discussed a potential deal with the Brazilian’s agent Kia Joorabchian, who negotiated David Luiz and Cedric Soares’ moves to the Emirates and is also close to the Gunners’ technical director Edu.

As well as the contract length he is after Willian is also confident of securing a rise on his current £120,000 per week wages should he move across London, where he is settled, without Arsenal having to pay a transfer fee. 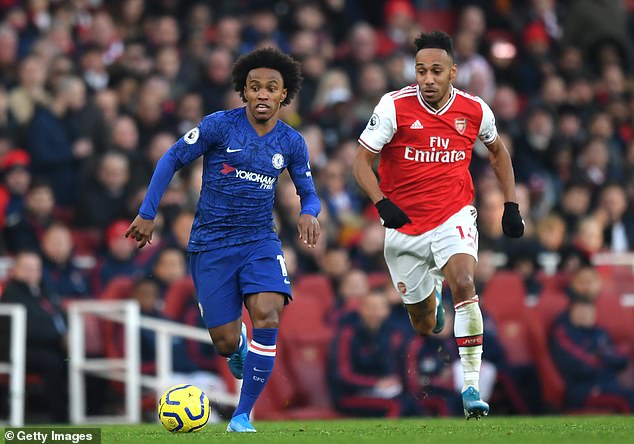 Joorabchian revealed last week that Willian had five offers on the table including one from the MLS, David Beckham’s Inter Miami, though they fear they are facing a losing battle to beat Arsenal.

Sportsmail understands Inter Miami have also been offered the chance to sign Ryan Fraser after he left Bournemouth on a free transfer though they are initially focusing on adding a world renowned name to their squad.

Willian, who joined Chelsea in 2013, is set to delay confirming a decision on his future until after the second leg of Chelsea’s Champions League last-16 tie against Bayern Munich on Saturday.

Chelsea start 3-0 down following the first leg back in February. 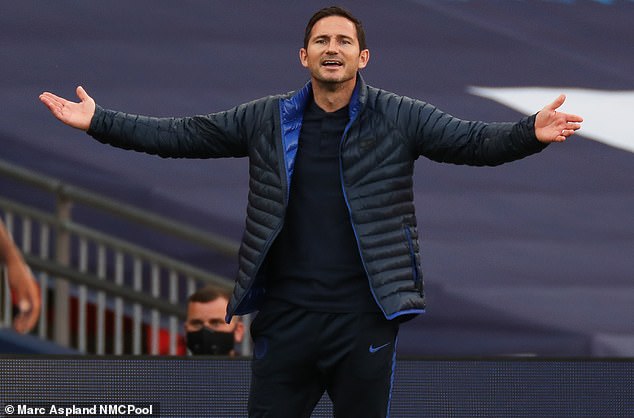 They will be without captain Cesar Azpilicueta and wingers Christian Pulisic and Pedro who all suffered cup final injuries.

Midfielder Billy Gilmour was already previously confirmed out while suspended duo Jorginho and Marcos Alonso will also be missing.

Willian is optimistic of to shake off the Achilles problem that ruled him out of the final while Chelsea hope N’Golo Kante and Ruben Loftus-Cheek will be fully fit for the trip to Germany.

With this summer's unusual transfer window stretching into October, a host of top names are on the radar of a number of different European...

Riots erupt in Paris as police use tear gas and baton...

Kylian Mbappe and Neymar are PSG’s saviours but which one is...

AS give NINE Barcelona flops including Lionel Messi ZERO marks out...