‘Why are we so special?’: Pep Guardiola plays down Manchester City’s tag as Champions League favourites after reaching quarter-finals with victory over Real Madrid

City secured their place in the quarter-finals with a memorable victory over Real Madrid on Friday, beating the 13-times winners 2-1 at the Etihad Stadium to progress 4-2 on aggregate.

The Premier League side will now play Lyon in a one-off match in Lisbon next Saturday as the remainder of the competition is played as a mini-tournament.

City will travel as one of the stronger sides but, after failing to beat Lyon in last season’s group stage, Guardiola is taking nothing for granted.

The City manager said: ‘You speak with all the teams who will be there, they’ll all think (they have a chance).

‘Why are we so special to win the Champions League than the other ones? I don’t see one reason why.

‘To win this Champions League you have to beat a lot of teams of the quality of Real Madrid. 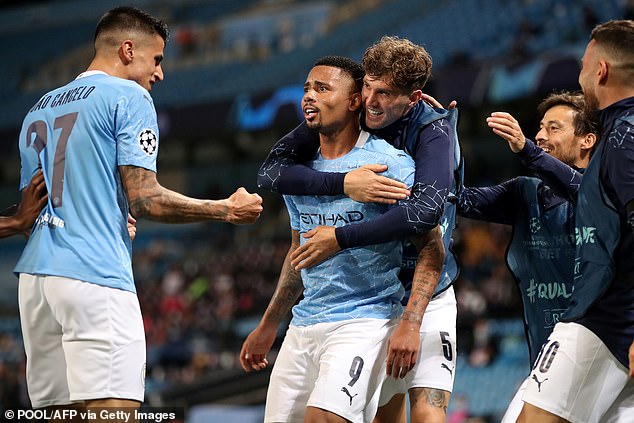 ‘We played against Lyon last season and we lost and drew. We couldn’t beat them. That is the reality.

‘It is incredible for us but at the end (of the day) it is the last 16. We still have three games.’

City had no supporters to roar them on but they played with a formidable intensity as they looked to build on their 2-1 first-leg advantage rather than defend it.

The Brazilian then took advantage of another Varane blunder to make it 2-1 after Karim Benzema had levelled on the night. 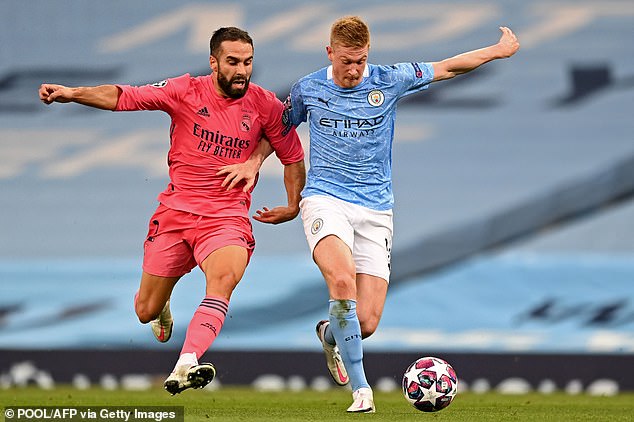 Having beaten Real Madrid, they will now face Lyon in a one-off match in Lisbon next week

There was no way back for Real after that and Guardiola felt to beat a side of their calibre was landmark success for the club.

He said: ‘There are still many incredible teams left but the important first step for our confidence, for this year, for the future, was we beat Real Madrid.

‘To win the Champions League you have to beat them, or Barcelona, Bayern Munich or the best Italian teams. You have to do it.

‘For us, for our club, these wins give us a lot of presence in Europe because it is just the last decade we were there.

‘It is so important, not just for the players, but for all the club, for the workers, for our fans.’

Liverpool given boost in hunt for Thiago Alcantara as he confirms...

Liverpool given boost in hunt for Thiago Alcantara after Bayern Munich chief...

Women’s Super League ‘could be used to test the safe return...