Cancel the Danish de-Tour! Tour de France’s 2021 Grand Depart from Copenhagen is pushed back a year – in order to avoid the rescheduled Euro 2020 games being played in the city

The Tour de France’s Grand Depart in Copenhagen will now take place in 2022 after it was moved back 12 months.

The famous road race was due to begin in the Danish capital in 2021 but after Euro 2020 and the Tokyo Olympics were rescheduled due to coronavirus it has been delayed to avoid a clash with football games being held in the city.

‘I am happy that we have succeeded in securing a Danish Tour start in 2022. Many of us have been looking forward to getting the Tour de France to Denmark next year, and now we unfortunately have to wait a little longer,’ mayor of Copenhagen Frank Jensen said on the organising committee’s website.

‘On the other hand, Danes can look forward to an even bigger bang of a yellow folk festival in 2022, when the Tour start will not be squeezed by the European Championships and the Olympics, and we have hopefully got the coronavirus at a greater distance.’

There were due to be three stages in Denmark during the 2021 race, with a 13km time trial followed by two road stages before moving to France.

It has yet to be confirmed if this itinerary will remain the same. 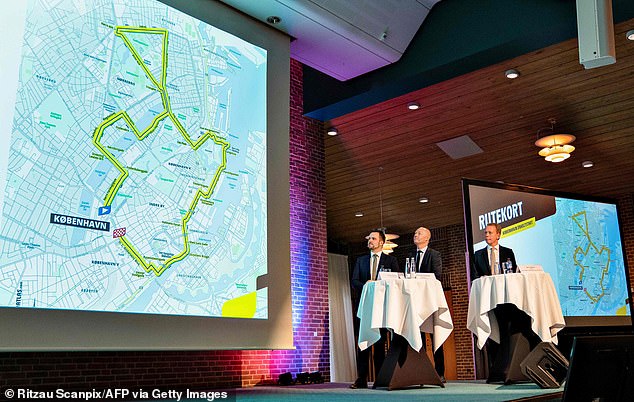 EURO 2020 GAMES BEING PLAYED IN COPENHAGEN NEXT SUMMER

Maurizio Sarri was sacked from Juventus but never did the Turin club envision dismissing him at this early stage.Â Fabio Paratici, Juve's Chief Football Officer,...

Wayne Rooney was Sir Alex Ferguson’s golden boyâ€¦ but there were...