The Blues paid more than £250,000 for the Denmark captain, 27, who signed a three-year deal earlier this month.

Yet concerns were raised with the FA after she made her Chelsea debut a week after playing in the Champions League final in San Sebastian for previous club Wolfsburg.

Travellers to the UK from Spain are subject to a 14-day quarantine. The west London club and the FA declined to comment.

Insiders at Chelsea are adamant they have done nothing wrong. They add that clearance from the FA was obtained ahead of her debut and that Government guidelines for elite athletes were followed.

Harder’s substitute appearance in the 1-1 draw with Manchester United has also led to questions from rivals that signed players from overseas who had to self-isolate and miss the opening round of fixtures. 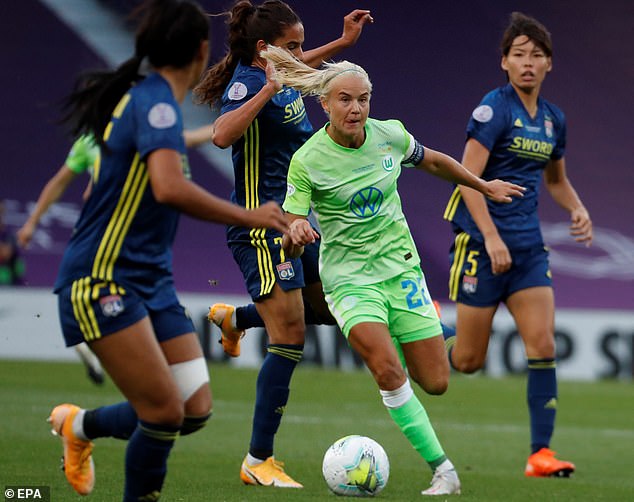 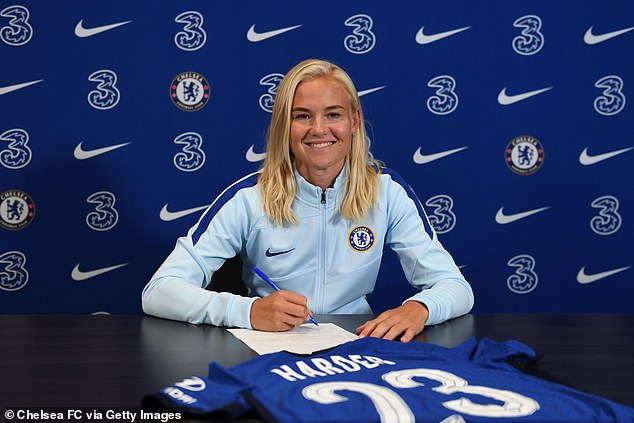 Chelsea believed Harder was free to play having been in a biosecure bubble in Spain and having flown to the UK from Germany, which does not require self-isolation, and were given the green light by the FA. And it would appear they have the backing of the governing body, who have written to the clubs to outline the rules.

Others have highlighted the player’s unveiling. Harder was pictured signing her contract in close proximity to manager Emma Hayes.

Again, Chelsea do not believe they have broken any rules regarding social distancing, with sources saying that all those present had been in biosecure bubbles with regular testing.

A source at a rival club, who did not wish to be named, said: ‘It’s not gone down well. The FA have been contacted and it will certainly be mentioned at the next WSL meeting.’

'This should be part of setting a new culture at the club':...