‘He is SO Leeds, it’s beautiful!’: Erling Haaland sends fans into meltdown by swapping shirts with Stuart Dallas after scoring twice as Norway thrash Northern Ireland

Erling Haaland scored twice in Norway’s 5-1 thrashing of Northern Ireland but it was what he did after the match that sent Leeds fans into a spin on social media.

The Borussia Dortmund striker was a class apart in the Nations League tie but rather than bask in his own performance, Haaland made a beeline for Leeds’ Stuart Dallas at full-time to swap shirts.

Haaland sought out Dallas and the Leeds ace duly obliged in swapping shirts with the striker, with fans then jokingly calling on Haaland to announce himself as a fan of the Elland Road club. 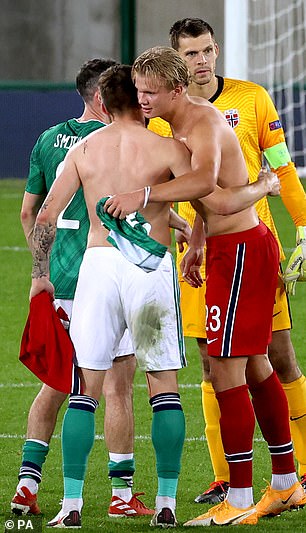 According to Norwegian TV, when asked why he targeted Dallas so specifically at the end, Haaland said: ‘I think he is a great player and the best player out there today.’

The 20-year-old was born in Leeds in 2000 as his dad Alf-Inge Haaland played for the club at the time.

That has seen Leeds fans adopt the generational talent as their own and his post-match shirt swap on Monday convinced many that he is an avid supporter of Dallas and the Yorkshire side.

‘Haaland is so Leeds. Him and Dallas swapping shirts is beautiful,’ one fan wrote.

‘Anyone questioning Haaland’s credentials as a Leeds fan – look at the wee bounce he does when he gets Dallas’ shirt. Class.’

Leeds secured promotion back to the Premier League last season but even the most optimistic fan will accept prising the Norwegian away from Dortmund right now could prove nigh on impossible.

After his brace at Windsor Park on Monday, Haaland was quizzed on whether he does see a future back in his birth home to have a crack at the Premier League.

Haaland told Sky Sports: ‘First of all I’m very happy in the Bundesliga but you never know what will happen in the future.’

His virtuoso for Norway on Monday night saw him take his goal tally for club and country in 2020 to 18 in 20 games. 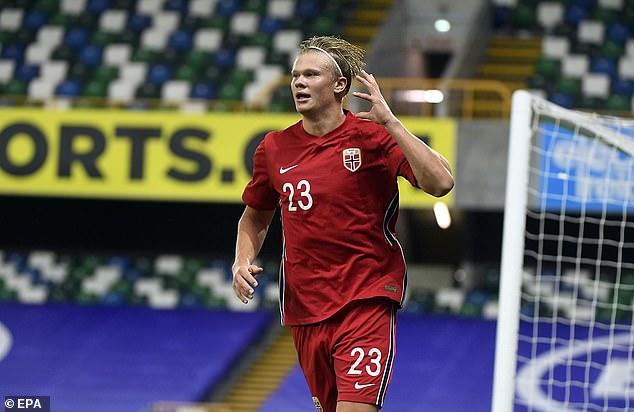 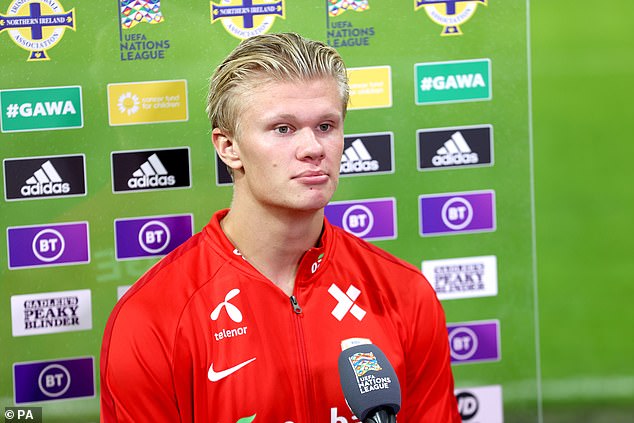 Manchester United will MISS the first weekend of the Premier League...

Manchester United will MISS the first weekend of the new Premier League...