‘At the front they were like, “Who?”‘ After Jack Grealish finally receives his England call up he’s REFUSED ENTRY to St George’s Park by security staff who did not recognise him

Jack Grealish had to endure a long wait for his England call up and was almost denied at the final hurdle as the Aston Villa star was momentarily refused entry into St George’s Park on his first day with the squad.

Calls for the 24-year-old to be included in Gareth Southgate’s squad have rung loudly after a standout campaign for the Villains in 2019-20, in which he scored 10 goals and provided eight assists for Dean Smith’s side.

Grealish had not been included in Southgate’s initial squad for games against Iceland and Denmark, but the Birmingham-born star finally got the nod after Harry Winks and Marcus Rashford were released from international duty. 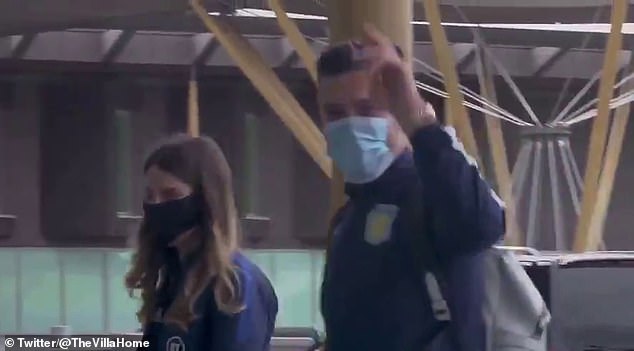 However, the attacking midfielder endured a few nervy moments upon his arrival at St George’s Park this week, with security not recognising the recently called up star.

Footage of the Aston Villa captain arriving at the training base shows Grealish incredibly happy to be linking up with the international squad.

‘Hello, yeah, I’m finally here,’ he said.  ‘At the front then they were like, “Who? Who?” for about like five minutes. 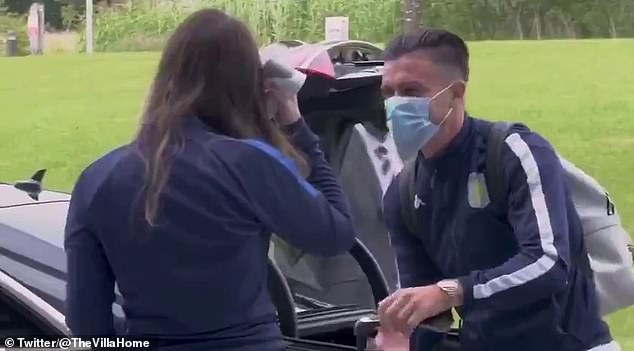 However, the 24-year-old had a nervy wait after security did not recognise the midfielder 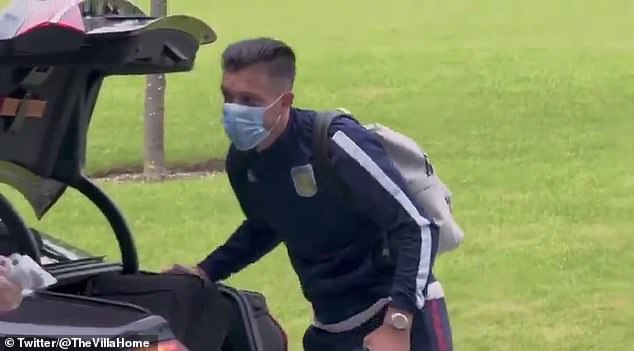 After around five minutes, the newly-called up star was granted access to the training ground

Southgate had previously said that Grealish’s omission from the senior squad was due to a number of ‘incredible players’ being ahead of him, with the likes of Mason Greenwood, Jadon Sancho and Raheem Sterling mentioned.

Rashford has been struggling with an ankle injury, a problem he has been carrying since the end of last season. He tweeted: ‘Gutted, never want to let this team down but these fixtures just came a little too soon for me. I tried my best but I have to focus on starting the season at my strongest for club and country.

‘Good luck boys, I’ll be cheering you on from home.’

Tottenham midfielder Winks has also pulled out of the squad though the FA have not officially specified the reasons why the 24-year-old and Rashford have withdrawn. 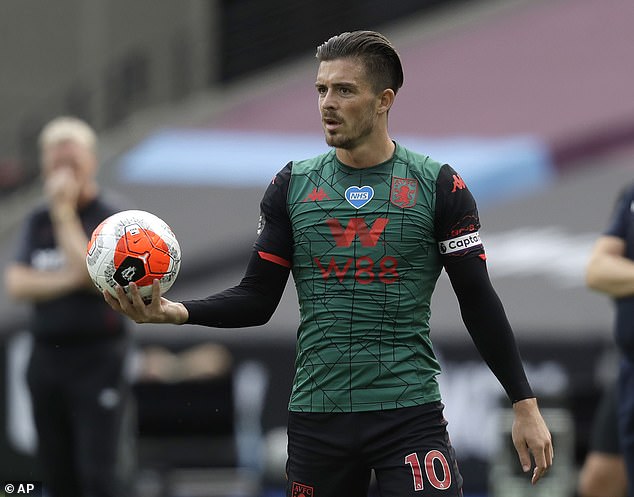 How everything is falling apart for PSG just weeks after playing...

Just three weeks ago, Paris Saint-Germain stepped onto the pitch in their first ever Champions League Final - the stage that the French club...

Government admits Euro 2020 matches in England ARE under threat due...