Eden Hazard may not receive the best reception from Real Madrid when he returns after they were reportedly left annoyed with him for remaining on duty with Belgium despite not playing at all over their two fixtures.

Hazard was part of Belgium’s matchday squads to take on Denmark and Iceland in the UEFA Nations League, but the Madrid winger didn’t feature for Roberto Martinez’s side.

According to Spanish outlet AS, Madrid were unsuccessful in their attempts to persuade Belgium not to take both Hazard and Thibaut Courtois on international duty.

But while their goalkeeper returned to the Spanish capital for pre-season last Friday before Belgium’s Nations League campaign got underway, Hazard remained with his country but ended up taking no part in the action.

Hazard had reportedly considered not joining up with his Belgium team-mates but Martinez had convinced him that his country needed him in the dressing room and that it would give him the best possible preparation ahead of the new season.

Hazard’s decision to stay with Belgium has reportedly frustrated the Spanish giants as they are desperate for him to kick on following a difficult start to life in Madrid. 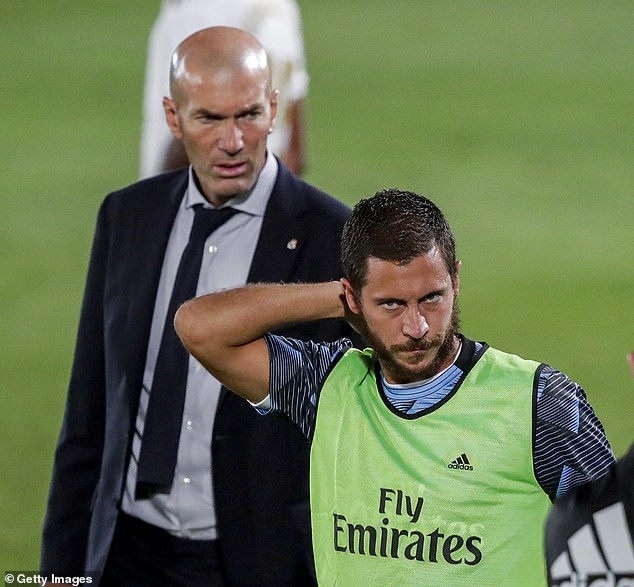 After joining in a mega-money deal from Chelsea last summer, Hazard was restricted to just 22 matches in all competitions – netting only one goal and providing seven assists.

He had been ruled out for 24 games in total last season due to a series of injuries, mainly a hairline fracture in the foot throughout the winter.

And Madrid will be looking for him to be fully fit when the 2020-21 La Liga campaign gets underway as they aim to defend their title. 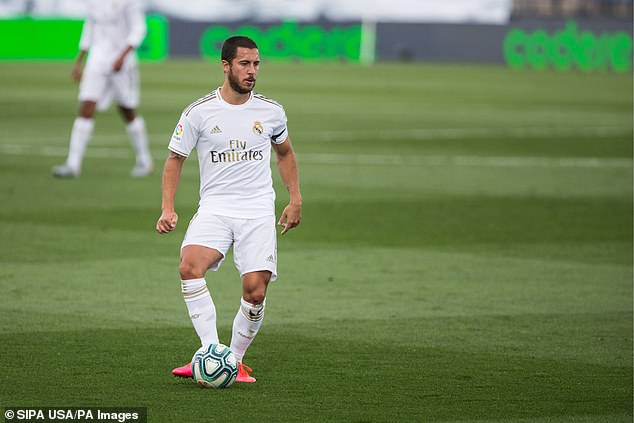 Hazard had a difficult debut campaign in Madrid, featuring just 22 times in all competitions

He is the donkey-loving, piano-playing 21-year-old from the ancient border town of Aachen in Germany, where he is hailed as the best creative player...

Douglas Costa put up for sale by Juventus as winger’s injury...