By Richard Hookham For Mailonline

Steven Gerrard claims Rangers have ‘big respect’ for Galatasaray ahead of Thursday’s Europa League showdown but insists his side will head into the game showing no fear.

Gers face the Turkish big guns at Ibrox with a place in the group stage at stake and boss Gerrard flagging the visitors as ‘huge favourites’.

But the former Liverpool star reckons his team’s home form will ensure they won’t be intimidated by their opponent’s strong European pedigree with the Scottish club bidding to reach the group stage for the third consecutive year. 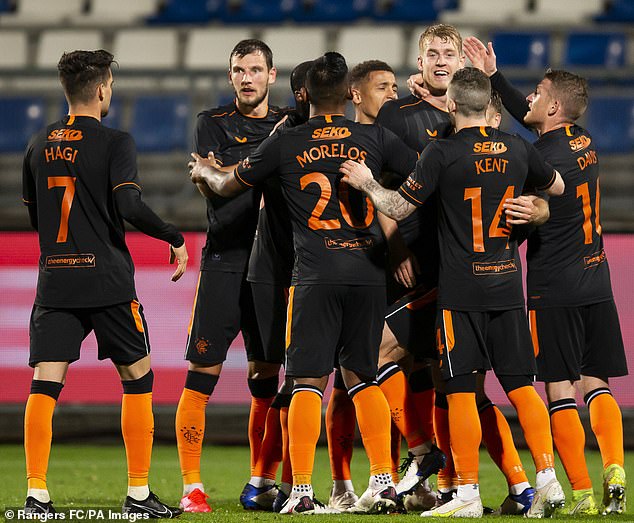 ‘Galatasaray are a well know team with big experience on the European stage and have experience in playing in these type of games, said Gerrard, whose side eased past Dutch side Willem II last week to set up the tie.

‘We know it’s going to be a big test. We have big respect but we have no fear.

‘Galatasaray are probably everyone’s favourites but what I would say is, we’re going into this fixture in a good place and we are in good form at home.

‘Our plan is to leave everything out there and see where it takes us.’

Galatasaray eliminated Croatia’s Hajduk Split with a 2-0 win in the third qualifying round.

And Gerrard added: ‘We respect them as a team, for all their individuals, because they play at a really good level. They’ve got big experience in this type of competition.’

Gerrard also admitted European progression could determine his hopes in strengthening his before the transfer window closes on October 5.

‘I think I’ve made it pretty clear what I feel we need,’ Gerrard said.

‘But I also respect the board’s position in the current climate and the situation that we’re in.

‘But I do think that depending on whether we qualify or not would depend on what we try and do in the final days.’

Questions will be asked if Chelsea’s defensive problems persist after West...

Tottenham ‘in talks with Napoli over £25m deal for Polish striker...

Key issues the rest of the Big Six must fix NOW...