Torino are still in the hunt for Arsenal midfielder Lucas Torreira despite Atletico Madrid’s heavy interest, according to reports.

Torreira has fallen out of favour at the Emirates under Mikel Arteta and he could be on his way out this summer in order to raise vital transfer funds.

And according to Sport Italia and Calciomercato, Serie A outfit Torino are still very much in the hunt for the Uruguayan despite Atletico currently winning the race for his signature.

It has also been reported that Torino directors are currently in London to negotiate a deal with Arsenal.

Once both sides can thrash out a deal, perhaps on loan with an obligation to buy, reports suggest agreeing personal terms should be relatively straightforward.

Torreira enjoyed his best spell of football under Marco Giampaolo at Sampdoria and is now interested in a reunion at Torino. 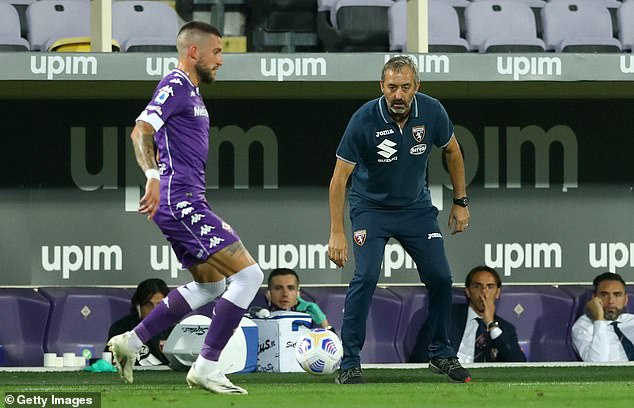 The 24-year-old burst onto the scene in some style in north London but he now appears to be out of the picture under Arteta.

Torreira hasn’t even made the bench for the Gunners in their opening two Premier League matches against Fulham and West Ham.

Arsenal may look to cash-in on Torreira to give them a spending boost in the summer transfer window, as they eye moves for top targets Houssem Aouar and Thomas Partey.

Serie A could be SUSPENDED for two weeks after 14 positive...