After their season of manager roulette ended with ignominious relegation from the Premier League, here was a hint of stability – even positivity – for Watford.

Craig Cathcart ensured their return to Championship football after five years was a soft-landing rather than a bump as new boss Vladimir Ivic claimed his first three points in English football.

It’s early days of course and the remaining weeks of the transfer window will bring further upheaval, but Watford proved just about superior to a Middlesbrough team who you sense would be more than content with mid-table anonymity. 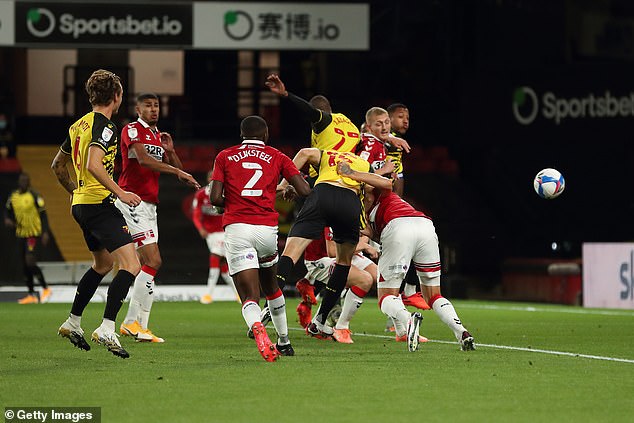 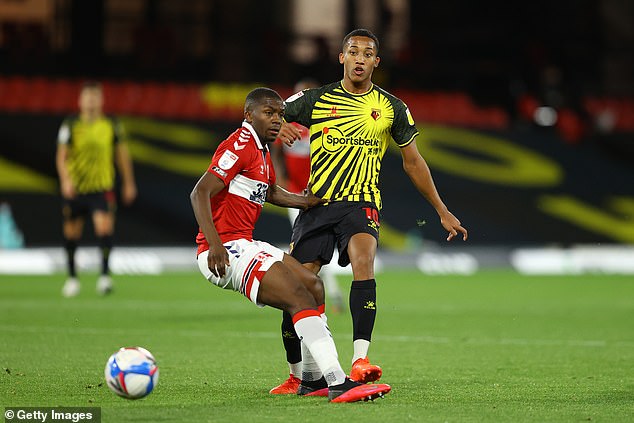 Watford were the more vibrant side before half-time before retreating after the break. Middlesbrough saw chances come and go, with Britt Assombalonga their most dangerous player, but Watford showed a resoluteness often missing last season.

‘It’s a good start, it’s a clean sheet and we won the game; we can be satisfied with the result and the three points,’ said Ivic.Â

Watford find themselves in a state of flux and the line-up was a curious mix of top-flight mainstays and fresh faces. 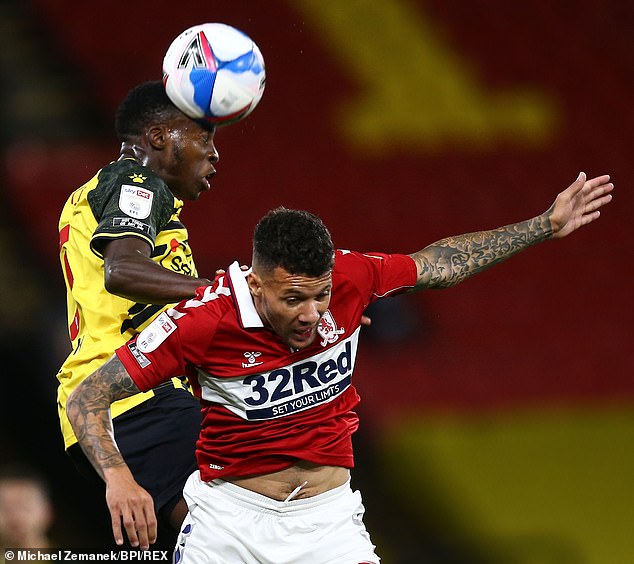 The likes of Troy Deeney, Danny Welbeck, Ismaila Sarr and Will Hughes were among a raft of players absent here through a combination of injury, lack of match fitness or simply sitting in the departure lounge waiting for a move before the window shuts next month.

The Serbian has introduced a new system with three at the back and flying wing-backs and, though much of his coaching staff remain absent because of visa issues, there were early signs of encouragement if a few unforced errors.

Of course they were always likely to control proceedings against Neil Warnock’s Boro with the 71-year-old embarking on his 41st season of football management by grumbling about a lack of new signings and quashing any expectations of a promotion challenge.

Not that anyone was getting that far ahead early on as Watford took an 11th-minute lead. For all the new emphasis on attractive football at Vicarage Road, the Championship season’s opening goal was a set-piece Warnock would have admired.

Domingos Quina touched a short corner to Ken Sema, whose swinging corner was met by Cathcart’s thumping header after he breezed in front of Grant Hall.

It was only Cathcart’s eighth goal in what is now an eighth season with Watford but it had the stern-faced Ivic smiling. On the inside at least.

Warnock wasn’t. ‘It was a Sunday League goal. What can you say?’Â

Things can only improve for Boro after their brush with relegation last season and they did carry a first-half threat.

Ashley Fletcher saw an early effort deflected wide and later flicked a cute pass into Assombalonga who was denied a goal against his former club by Ben Foster’s feet.

Watford occasionally played themselves into bother at the back but when it clicked going forward, they carried a threat absent for much of last season.

Joao Pedro’s low shot from outside the box was easy enough for Marcus Bettinelli, while the young Brazilian really should have done better with a free header from another Quina corner.

Boro pressed first after the break with Assombalonga turning sharply and firing a low shot that Foster touched around the post even though it looked to be heading wide. 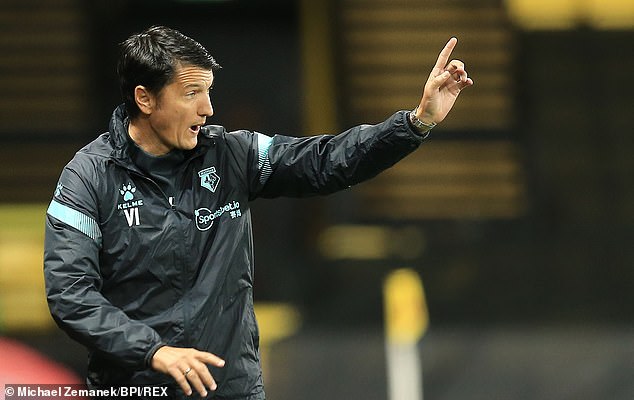 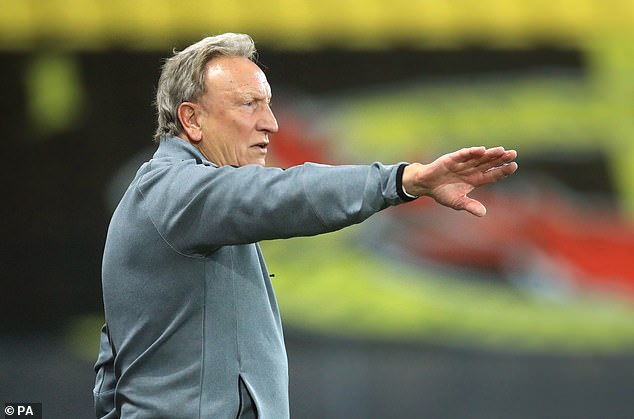 There was no question Assombalonga was Boro’s likeliest scorer and his clipped 25-yard free-kick midway through the half was tipped over by Foster. Djed Spence’s instinctive half-volley with the outside of his right boot skewed wide of the mark.

Ivic introduced Glenn Murray, the veteran striker in on loan from Brighton, in an effort to kill the game but Watford chances were few and far between as the minutes ticked down.

After Ben Wilmot brought down Assombalonga with a wrestling move, earning the game’s first booking, the striker met James Tavernier’s late free-kick, but could only head over.

‘We dominated for long periods and they didn’t know how to break us down,’ added Warnock. ‘Our goalie hasn’t had a shot to save but it’s about putting it in the back of the net.’Â

No Harry Kane, no problem. Well, not quite, but England are finally proving they can cope without their talismanic captain.That has not always been...

Close friend of Ronald Koeman says Mo Salah would ‘like to...

Chris Waddle says Gareth Southgate made a mistake in not handing...