At least this time around Allan Saint-Maximin looks like having Callum Wilson as a supporting act.

But there is still no doubting the star attraction. When Saint-Maximin is on song it does not matter if others are out of tune. 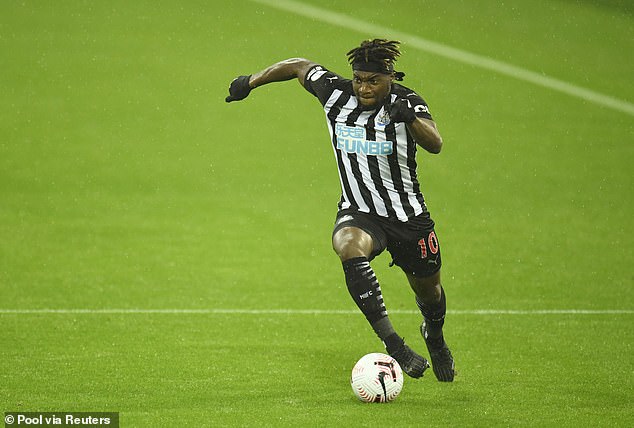 Since the winger’s £16.5million arrival from Nice last summer Steve Bruce’s side have played 15 Premier League games without him in the starting XI and won only one.

With him in the team their record reads 12 victories from 26.

The numbers tell you the difference he makes but your eyes alone are evidence enough.

It is as if he is quicker with the ball than without it, the speed dial pushing back its boundary amid the incentive of a goal.

But there have been plenty of quick footballers who go nowhere fast.

That is the difference with Saint-Maximin — there is an end product. 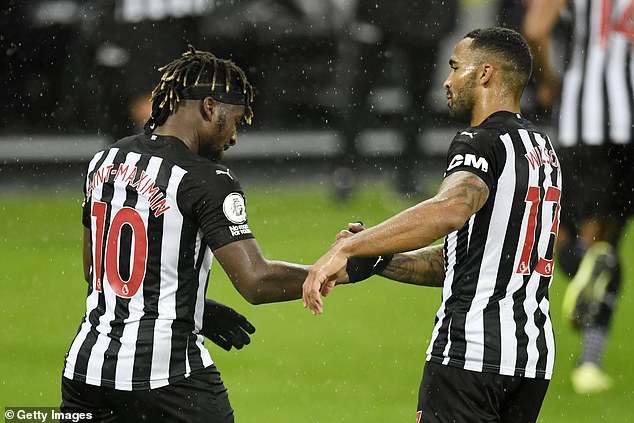 Bruce says his skills are ‘as good as I’ve worked with’ and he admits other clubs will be watching him.

And watch him was all Sean Dyche’s sorry Burnley could do on Saturday night at St James’ Park.

Their defence retreated with such panic and haste that you half expected they could end up in the low rows of the Leazes End when Saint-Maximin drove at them for his opening goal on 14 minutes. Again, he had the finish to match the flourish.

But more impressive was the manner in which he responded after Burnley equalised through Ashley Westwood’s fine volley just after the hour.

It again involved running fast and in doing so he made visiting left back Charlie Taylor look very slow. The subsequent cross, however, was not easy to execute.

But Saint-Maximin made it look so, firing it along the six-yard line and allowing Wilson to tap in. 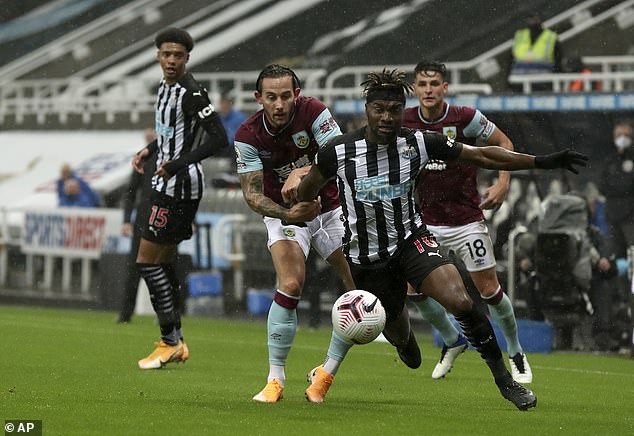 Bruce spent the day before the game arguing with reporters over his tactical approach, trying to answer the question supporters are asking — what is it?

But in Saint-Maximin he has a player who can render tactics redundant, be that your own or those of the opposition.

As long as Bruce picks him — and his team-mates pass to him — it is a strategy that will press pause on the wider debate of style and direction.

After Ryan Fraser was taken out by Burnley goalkeeper Nick Pope while trying to put the game beyond doubt, Wilson netted his fourth of the season from the penalty spot to seal victory, becoming the first Newcastle player since Les Ferdinand 25 years ago to score four in his first four Premier League appearances for the club.

Newcastle do not boast the stars of that era but they have one in Saint-Maximin capable of carrying the Entertainer tag all on his own.

Harry Kane will be ecstatic that Gareth Bale is coming to...

DANNY MURPHY: Harry Kane will be ecstatic that Gareth Bale is coming...

Which player earns the most at your Premier League club?

Gareth Bale is a different player to the one that left...

Premier League clubs lose half a billion in transfer revenue with...