‘I need to feel wanted and loved. I have that at Juventus’: Alvaro Morata aims sly dig at former clubs Chelsea, Real Madrid and Atletico by saying his red-hot form is down to proper ‘motivation’ he now receives

Alvaro Morata has had a sly dig at his former clubs Atletico Madrid, Chelsea and Real Madrid by putting down his significant improvement in form at Juventus to one thing: feeling wanted.

Morata continued the excellent start to his loan spell back at his former club by scoring twice in Juventus’s 4-1 defeat of Ferencvaros in Budapest on Wednesday night in the Champions League.

That takes the striker’s tally to six goals in seven appearances this season in all competitions, with four goals in just three Champions League matches. 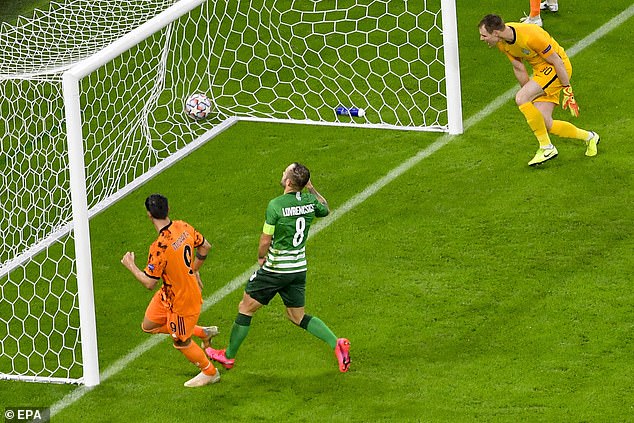 Having been regularly criticised at his former clubs for a perceived lack of consistency and commitment, Morata admitted his preference for being back in Turin.

‘The motivation is the same as any person needs in life, to feel wanted and loved,’ Morata told Sky Sport Italia.

‘I said when I came back here that I felt like a more complete player and I matured as a person by going through the good and bad in my career. It was all a learning experience.’

Morata, 28, is on loan at Juventus having struggled for regular football during his time at parent club Atletico Madrid.

He had a tough time in the Premier League at Chelsea, who he joined from Real Madrid in 2017. Unable to establish himself in three seasons, Morata made a loan move to Atletico permanent in 2019.

Though Morata managed a respectable 43 goals in 112 LaLiga games for Atletico and Real Madrid combined, he said he feels most comfortable back at the Serie A champions, who he joined from Real Madrid first time round in 2014.

‘I think I have all that I need at Juventus. I can still improve and I believe we’ll continue to grow together and go far.’ 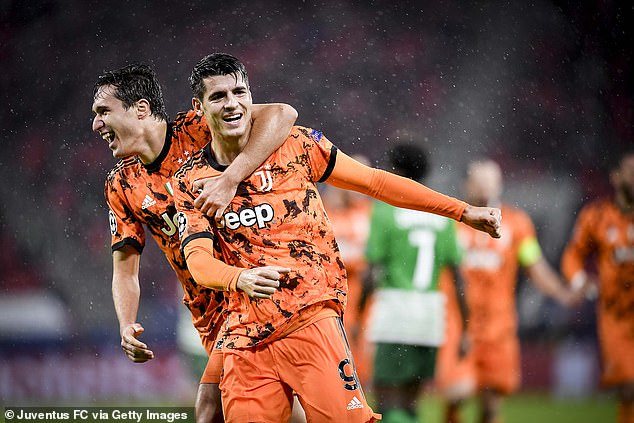 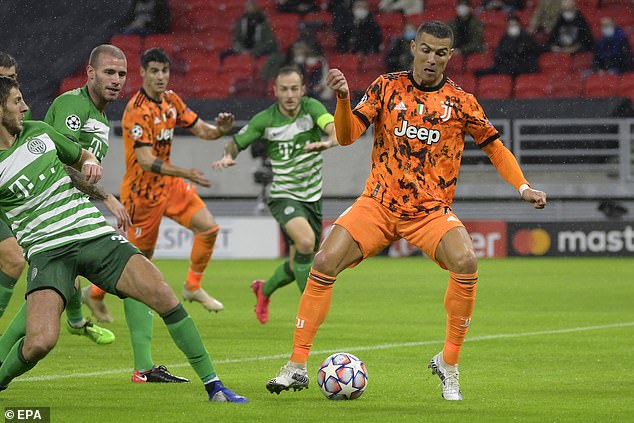 Morata said Cristiano Ronaldo (right) was ‘a great team-mate’, having reunited with him at Juve

Morata also hailed Cristiano Ronaldo, who he is reunited with having been a former young team-mate of his at Real Madrid.

‘I don’t need to tell you what Ronaldo represents and what he brings to the team. He’s a great team-mate, he talks to everyone, helps everyone and is our most important player. We all hope he can continue scoring and take us to the level he has envisaged in his mind.’

Morata added that he was happy to adjust his play to suit the creativity of fellow attackers Ronaldo and Paulo Dybala. 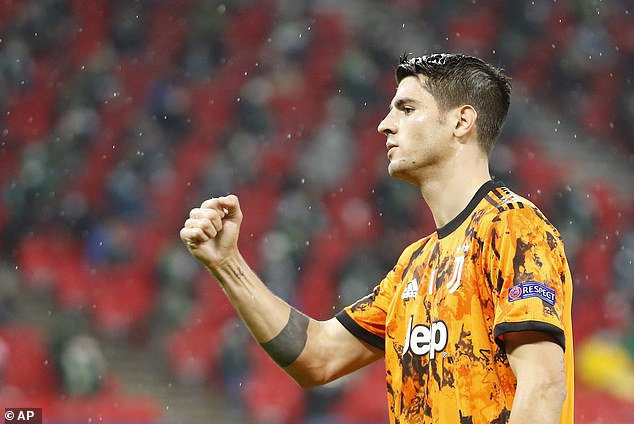 Italy 2-0 Poland: Jorginho strikes as the Azzurri return to the...

Luka Jovic ruled out for Real Madrid’s clash at Villarreal after...

Real Madrid and Barcelona ‘are both monitoring Marcus Thuram’